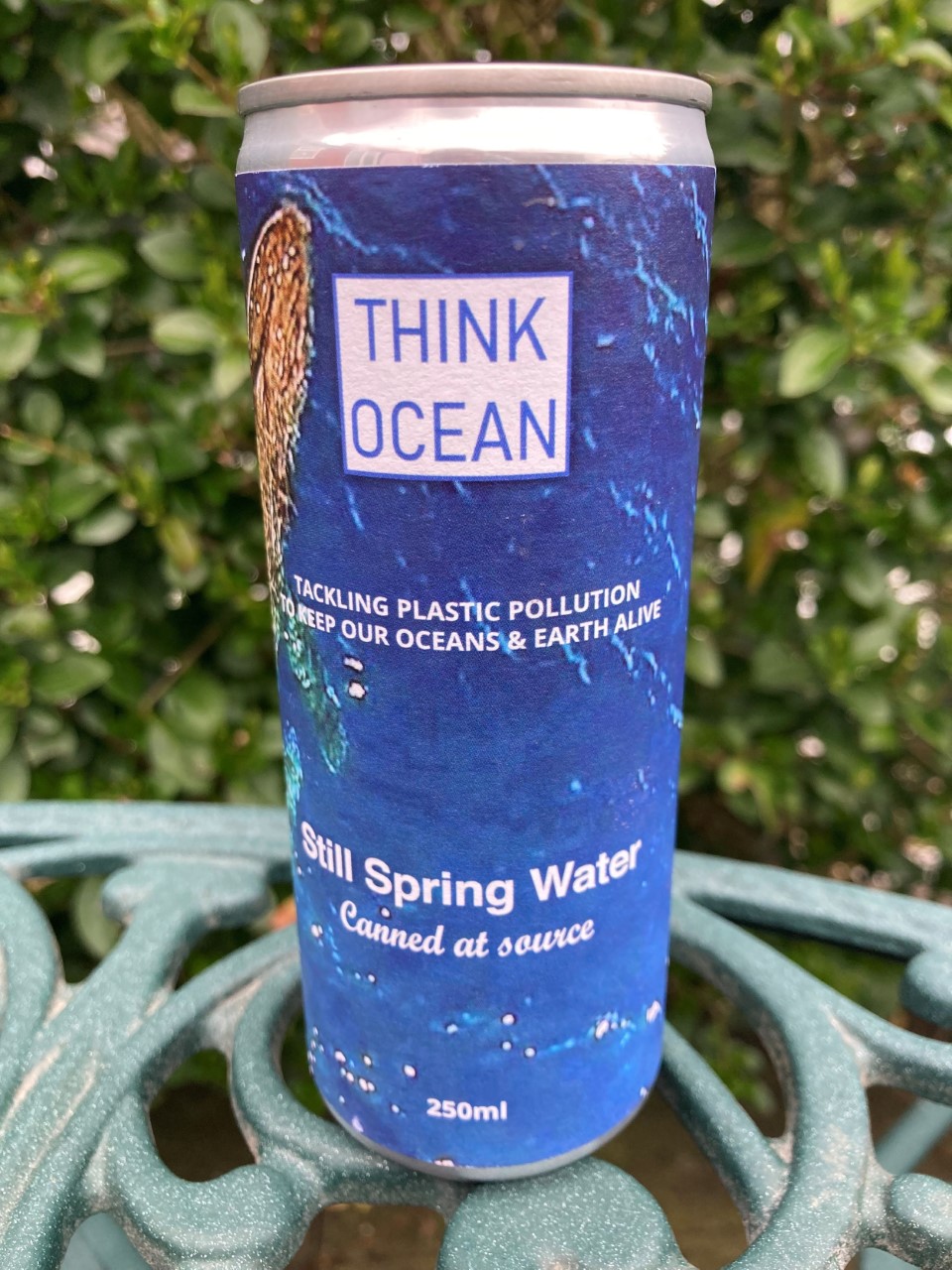 A Derby charity dedicated to cutting down on ocean plastic has teamed up with a local company to launch canned water sourced from a local spring.

Think Ocean, a charity that works to keep plastic from the seas through a range of initiatives including transforming it into new products, is this month launching its own canned water produced by Melbourne-based Them that Can.

The Think Ocean cans are being filled with water from a spring at Highfields in Melbourne where Them that Can is based. The water comes straight from the source, 220 feet underground, to the canning facility. It is ready to drink having been filtered through limestone and mineral-rich ground.

Hugo Valdes-Vera, co-founder of Think Ocean, said: “Millions of tons of plastic are released into our seas every year. There is a real awareness now that the scale of this environmental problem is huge.

“Anything we can do to reduce plastic in our oceans is a big win, as far as I’m concerned. That’s why I’m delighted to be launching these Think Ocean cans. For every person who buys one, that’s one less plastic bottle potentially ending up in the sea.”

Not only is 75 percent of all aluminium ever made still in use today, but recycled cans use 95 percent less energy to produce than new ones.

All profits made from the Think Ocean cans will be used by the charity to carry on its work educating communities on plastic pollution, as well as cleaning more rivers, waterways and oceans. The cans are designed to be highly collectable with images of endangered species depicted on the front. The labels, including the ink, are also plastic-free.

Think Ocean and Them that Can have also produced water cans bearing the Ukrainian flag which have been sent to the war-torn country as a gesture of support.

Think Ocean’s origins go back to 1992 when a group of environmentalists got together to stop whale hunting in the South Pacific. The charity is now dedicated to ending plastic pollution.

Them that Can was founded by Jamie Kenyon and Mark Banks in 2014, and has recently relocated to its current location in Melbourne.

Jamie, a former industrial engineer in the offshore oil industry, explained that he had the idea for the company after contemplating setting up a brewery abroad, and noticing how cans were a much better solution for the product than bottles.

He said: “Canning is a way of transporting a product easily and efficiently. Aluminium is a renewable resource and it’s also environmentally friendly in the fact that you can fit many more cans in a vehicle than you can fit bottles. The other benefit from a drinks industry point of view is that a canned product means light cannot get in and affect the quality of what is inside.”

The company makes cans for a range of products from its Melbourne facility, including beer, cocktails and even wine.

Jamie said: “We are so proud to be working with Think Ocean on these new water cans. Their vision of the future and how it needs to be, and where we need to go as a world to make that happen, is one that we very much share at Them that Can.”