Charity CEO rolls up her sleeves in honour of Captain Tom 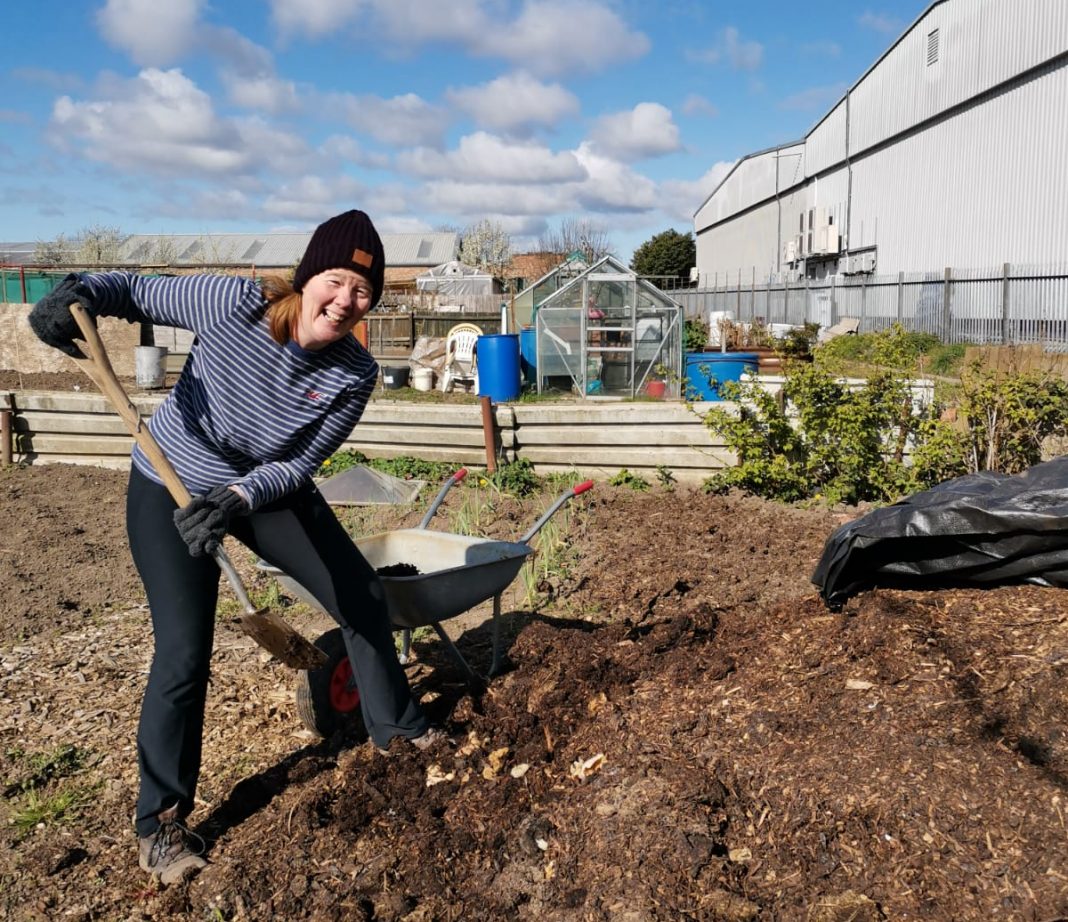 A Derbyshire charity Chief Executive has set herself a fundraising challenge to complete 100 jobs and good deeds as part of the campaign inspired by Captain Sir Tom Moore.

Tracy Harrison heads up Safe and Sound which supports children and young people who are victims of child exploitation including online grooming, sexual, drugs lines, modern slavery and radicalisation. The charity also supports the wider family and raises awareness amongst other professionals and the general public of the dangers facing young people in local communities.

Inspired by the dedication of Captain Sir Tom Moore, Tracy has been spending her weekends and evenings doing jobs for friends and neighbours in return for donations to Safe and Sound.

She has so far completed 50 jobs, including shovelling manure in a friend’s allotment, teaching seven-year-old twin girls how to ride their bikes, hoovering an artificial lawn, and negotiating a house insurance saving for an elderly neighbour.

With a week to go and more than £500 already raised, Tracy will have a final push this Bank Holiday weekend which is the official national fundraiser led by The Captain Tom Foundation.

She said: “The Captain Tom 100 campaign encourages people to do 100 of just about anything to support a charity of their choice between Friday April 30 which would have been his 101st birthday and Bank Holiday Monday.

“It’s a brilliant idea, but rather than trying to fit it into three days, I thought it better to take my time and do things properly and have spent April doing all sorts of jobs.

“As a charity that supports young people and families traumatised by their experiences, Captain Tom’s mantra that ‘tomorrow will be a good day’ reflects the importance of positivity and hope so I was keen to get involved.

“Although I could not dream of raising as much as he did, I hope that doing simple jobs for people will raise a decent amount to help protect and support local young people and their families.”