Big Sleep raises over £9000 for The Bridge-Homelessness to Hope 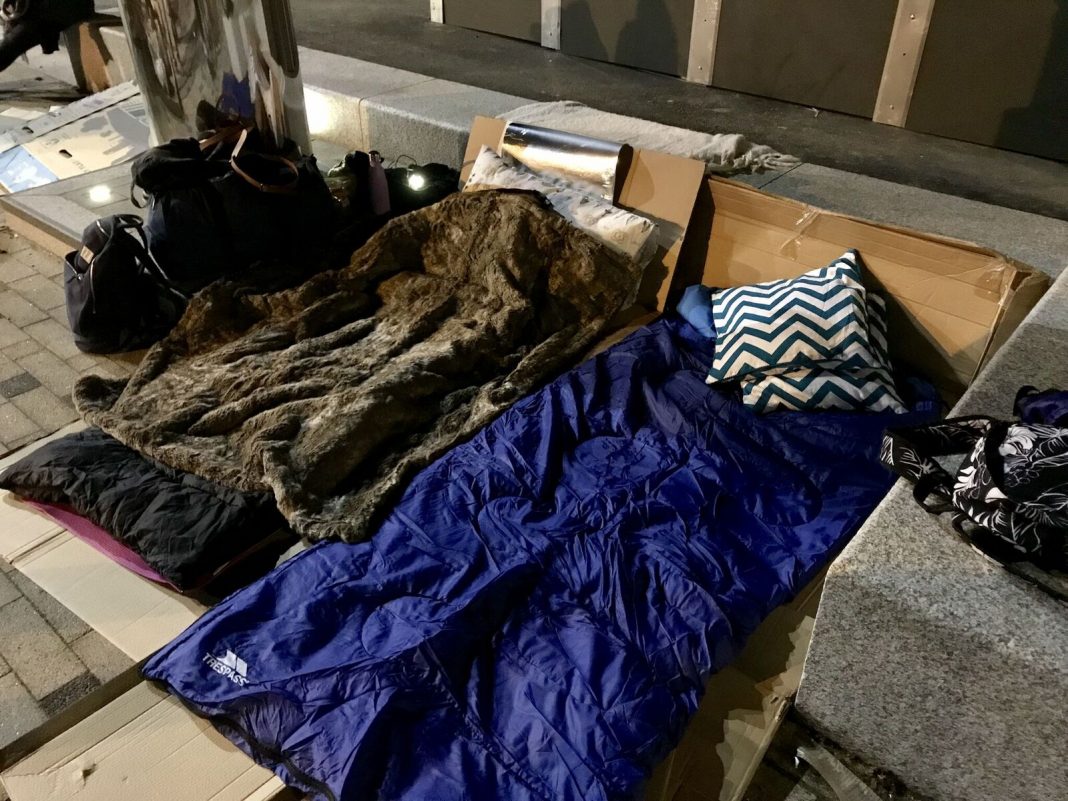 Staff and students from the University of Leicester spent a night under the stars to raise awareness of homelessness on Tuesday 20 March raising over £9000 for local charity, The Bridge – Homelessness to Hope.

Staff and students from the University of Leicester wrapped up and spent a night out in the elements in order to raise awareness of homelessness and the reality of ‘sleeping rough’ in aid of the local charity.

Running from Tuesday 20 March, 8.00pm – Wednesday 21 March 8.00am,  45 volunteers spent the night under the stars for a glimpse into what street homelessness might be like- with only cardboard, a sleeping bag, flasks and the clothes on their back for warmth.

Now, a final tally of all funds raised by the sponsors has revealed that the Big Sleep has raised £9405.

The charity has been helping homeless people to turn their lives around since 2009. They provide food to the homeless and promote mental health and well-being by organising various activities such as art and craft groups, health promotion events including health awareness days, exercise groups, women only groups and more. In addition, The Bridge – Homelessness to Hope helps the homeless to engage and liaise with appropriate public services regarding housing/social issues to promote recovery and independence.

Participant of the Big Sleep and staff member at the University of Leicester, Hayley Evans, also vlogged her experience throughout the night.

Hayley said: “I did not go into this naively. I had a winter sleeping back, lots of layers, bin bags, and cardboard, and I have to say it was one of the hardest things I have ever done because of the low temperatures that night, but I am glad I did it.”

The Big Sleep followed the University’s RAG (Raising and Giving) and Wellbeing Week from 26 February to 2 March, which had three goals: to celebrate the fantastic fundraising and giving activity already taking place, to promote positive mental, physical and emotional wellbeing and to join together to raise even more money for charity. Over the course of the academic year, over £16,000 has been raised for charities through RAG with fundraising still continuing.