Anoki raises over £6,000 in just a month to provide clean water across Pakistan 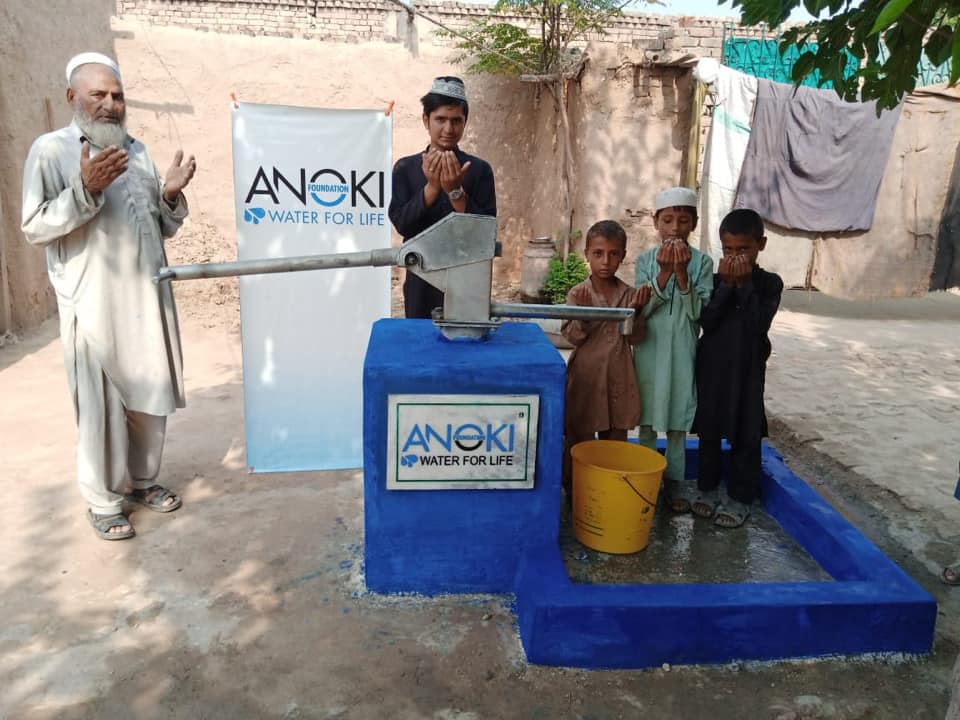 Just a month after launching its own charitable initiative to raise funds to dig water wells in Pakistan, Anoki has raised more than £6,400.

Anoki, which has restaurants in Derby, Nottingham and Burton, launched The Anoki Foundation in August to raise funds to provide poverty-stricken areas in Pakistan with clean water.

Each new water well costs £150 and will provide up to 200 families with access to clean water for drinking, washing, cooking and keeping livestock hydrated.

In just one month, more than £6,487.00 has been raised, which will provide enough funds to build 45 water wells.

Funds have been raised through personal donations, along with the sale of bottles of specially branded Anoki mineral water, which are available in the three restaurants, with 100% of the proceeds going to the Anoki Foundation.

Work on building the first 10 wells has recently been completed, and the team over in Pakistan are working as fast as they can to complete as many new wells as possible.

Work is set to commence on building new wells in other parts of the world shortly too.

According to research carried out by WaterAid in 2018, out of a total population of 207 million, more than 21 million people in Pakistan still don’t have access to clean water.

More than 100,000 people die every year in Pakistan due to drinking contaminated water caused by the release of untreated industrial waste and unsafe sewage systems.

Commenting on the campaign’s success to date, Naveed Khaliq, founder of Anoki said: “For the Anoki Foundation to have raised £6,487 in just one month is absolutely incredible and I would like to thank everyone who has bought a bottle of mineral water or has donated online.

“With some of the wells already built and working, I can say with certainty that the money raised is already making a huge difference to people in some of the poorest communities in the world.

“Our initial fundraising target was £10,000 in our first year; but having raised over half that amount in just a month, our aim now is to go on and build as many water wells as possible.

“We are about to start work on building wells in other parts of the world in the near future too.”