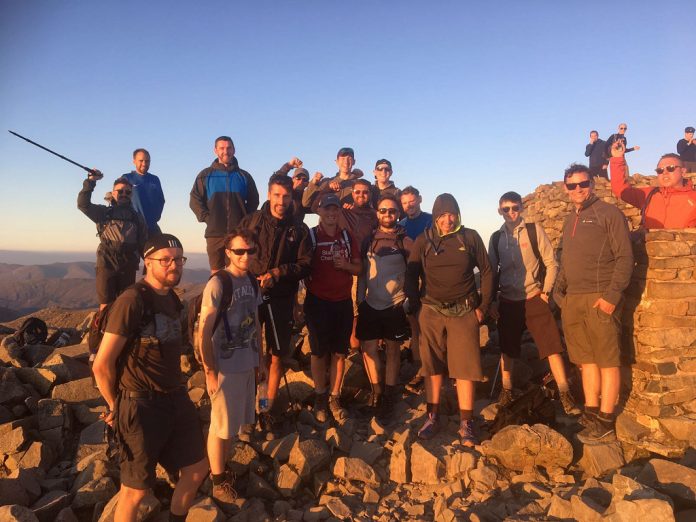 A team of four from Allen Signs, a well established signage company based in Lincoln and Newark, has helped to raise over £2,000 for charity after climbing Britain’s tallest peaks.

On Friday (6th July) a team from Allen Signs, led by Director Glen Merryweather, took part in a gumball-style hiking challenge in aid of the children’s ward at Queen’s Medical Centre in Nottingham.

To get from mountain to mountain, the wider challenge group convoyed in four cars which are due to be auctioned off later this month by Newark Motor Auctions. All proceeds from the auction will be donated to the cause.

The challenge was in support of Alfie Fisher’s family who are dedicating all fundraising activity in Alfie’s name to the hospital wing, as a thank you for their continued care of Alfie – a boy aged 11 from Cherry Willingham, Lincolnshire, who suffers from cystic fibrosis.

Glen commented: “We are not shy about taking on crazy challenges like this. I think this is one of the hardest ones we’ve done, but also the most fun. We were chuffed with the time but even more pleased with the amount of money we have raised so far!

“En route across the border after our five-hour hike up Ben Nevis, we managed to stop off in a local pub to watch England play Sweden in the world cup quarter final. The landlord kindly sent our bucket around the regulars and we raised almost £100 that way.”

Tess Egginton - 18th February 2020
Regeneration agency Erewash Partnership has helped a voluntary group to keep plans on track for turning the disused Bennerley Viaduct at Ilkeston into a...