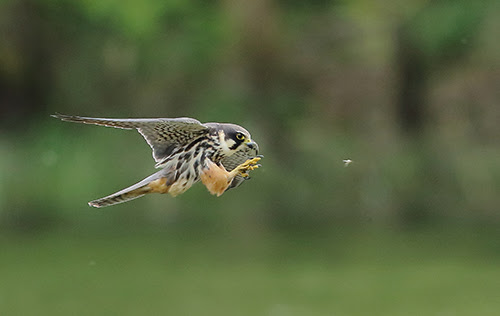 Aggregate Industries is delighted to announce it has won a number of industry awards for its outstanding work on restoring and improving biodiversity at its sites.

The construction materials supplier has been recognised for its achievements in six categories at the Mineral Products Association’s Restoration and Biodiversity Awards this year.

These include the Cooper-Heyman Cup for outstanding restoration, with Aggregate Industries named a joint-winner for its work with Yorkshire Wildlife Trust and Middlemarch Environmental to transform Ripon City Quarry in North Yorkshire into a new wetland haven for wildlife. Clearly impressed with the nature reserve, which was opened earlier this year by Aggregate Industries’ Chief Executive Officer Guy Edwards, judges described the project as a well-researched and implemented scheme that has provided ‘a great asset to the area’.

Individual Aggregate Industries employees were also recognised for their brilliant contribution to restoration and biodiversity, with Dave Soons of its North End site in Wiltshire awarded the MPA Nature Photo Competition – Employee Prize for his beautiful photograph of a hobby in flight.  Meanwhile, Dave Hellier and Alan Knight received the individual contribution award for their work on the Chard Junction Quarry nature reserve in Somerset.

On top of this, a number of projects by the Leicestershire-headquartered firm were highly-commended by the judges. These include recognition of its work with the Peak District National Park Authority, Natural England, Environment Agency and Derbyshire Wildlife Trust to restore Topley Pike quarry; and the aforementioned Venn Ottery Quarry project achieving runner-up in the Cooper Heyman Cup.

Guy Edwards, Chief Executive Officer at Aggregate Industries, said: “We are absolutely delighted with the award wins. They really are testament to the Aggregate Industries employees and our partners working tirelessly to restore our quarries, ensuring these sites can benefit the local community and environment.

“We’re also proud of the fantastic initiatives we’ve put in place in recent years to help improve biodiversity at our sites, with sustainability and biodiversity continuing to be a priority for us as a company.”