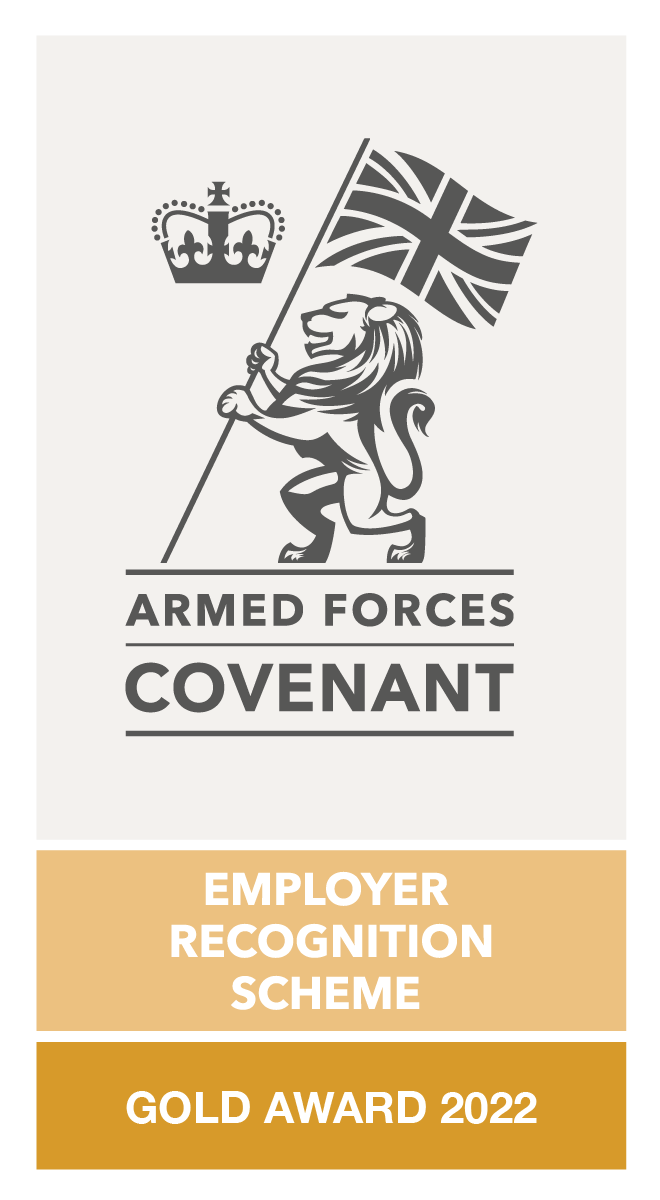 A record 18 organisations in the East Midlands have received the Employer Recognition Scheme Gold Award for their outstanding support towards the Armed Forces community.

Representing the highest badge of honour, Employer Recognition Scheme Gold Awards are awarded to those that employ and support those who serve in the Armed Forces, veterans and their families.

The organisations in the East Midlands who have won the prestigious award are:

In addition, Nottinghamshire University Hospitals NHS Trust had their Gold Award re-validated for the third time, demonstrating their hard work and resilience in continuing their support over the last few years.

Gavin Tomlinson, chief fire officer and Chief Executive of Derbyshire Fire and Rescue, said: “Putting people first is one of our Service priorities, so I am proud to see DFRS being recognised for doing just that with the award of the Employer Recognition Scheme Gold Award. The Service will continue to support the wider Armed Forces family, advocating support for those who have and are still serving in the Armed Forces.”

Graham Tomkins, founder and CEO, Goodwill Solutions CIC, Northampton, said: “On behalf of Goodwill Solutions, we are honoured and delighted to be recognised as a key supporter of our magnificent Armed Forces. We look forward to developing our support in years to come.”

To win an award, organisations must provide 10 extra paid days leave for Reservists and have supportive HR policies in place for veterans, Reserves, and Cadet Force Adult Volunteers, as well as spouses and partners of those serving in the Armed Forces.

Bruce Spencer, the Ministry of Defence’s regional employer engagement director for the East Midlands, said: “We are absolutely thrilled that so many local companies have been recognised with this Gold Award. It has been a difficult couple of years for businesses, and despite that, these organisations have gone above and beyond to ensure our Armed Forces community is supported. They should be very proud of this significant achievement.”