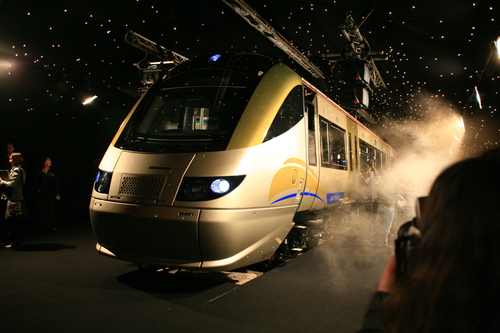 A growing number of companies are calling to review the order for new underground trains, after it was revealed that the majority will be built in Austria and not in the UK.

Last year a joint bid between Newton Aycliffe based Hitachi and Derby based train company Bombardier, lost out in a bid to build new rolling stock for the Piccadilly underground line.

The successful bidder was the German based company Siemens and a major element of its bid was the commitment to spend public money manufacturing the trains here in the UK. The company went further by confirming it was building a new factory in Goole East Yorkshire, to spearhead its UK manufacturing operations.

However it has now emerged that two thirds of the trains will be built in Vienna and it has been alleged that the Goole factory will now not open before 2023, when the first of the new Piccadilly trains are due to be delivered.

Unite has added its voice to calls to review the order and assistant general secretary for manufacturing Steve Turner says: “These latest developments are deeply concerning. It appears promises made by Siemens to support UK manufacturing and ensure that public money was spent here in the UK are now being broken.

“This is completely unacceptable and I have today joined Phil Wilson MP in calling on Transport for London and the nayor of London to immediately review the contract.

“The unsuccessful bid from UK manufacturers Hitachi and Bombardier should now be reassessed and the social and economic benefit of supporting skilled jobs, apprenticeships and communities here in the UK prioritised. Public procurement has a central role to play in supporting UK Plc through investment in manufacturing.

“Both central and local government must bear this in mind when awarding contracts and re-examining this one with Siemens is a first step in ensuring world class UK based manufacturing is centre stage when it comes to spending taxpayers money.”