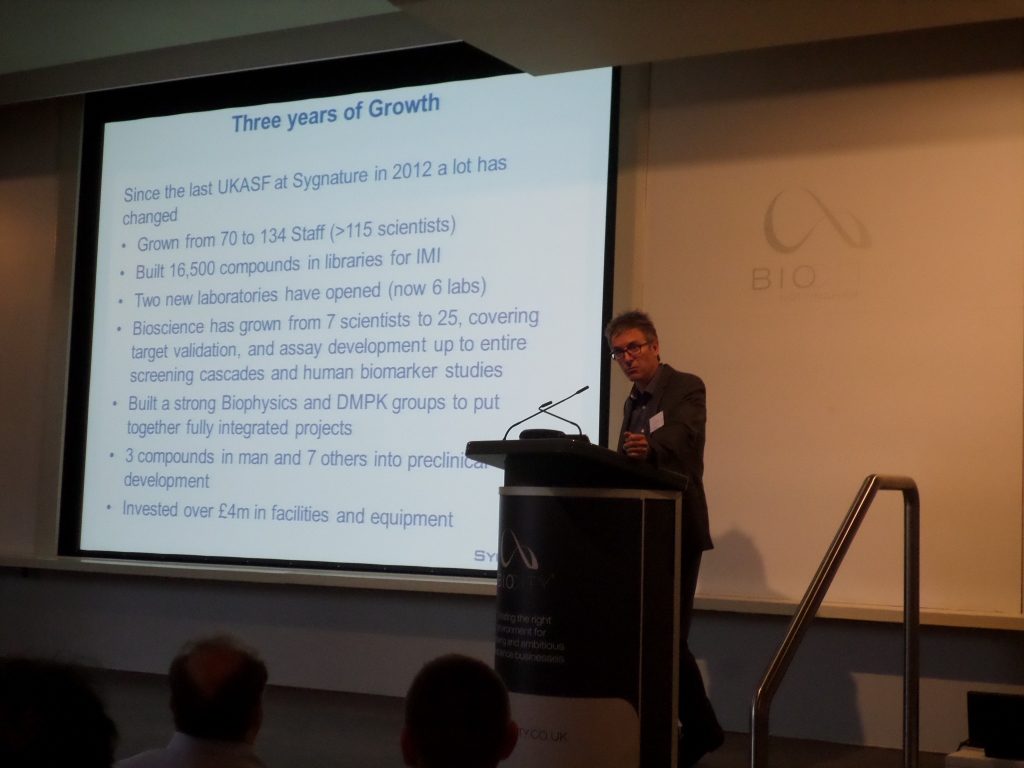 Over 85 delegates, from academia and industry, attended the two-day meeting and exhibition, which opened with a welcome from Sygnature Discovery’s CEO and founder, Dr Simon Hirst.

Hirst shared the developments at Sygnature since the company hosted the UKASF in 2012. “A lot has changed,” he said. “We have grown from 70 to 134 staff, 115 of whom are scientists. We have built 15,500 compounds in libraries for IMI and opened a further 2 laboratories.”

Hirst added: “We have recently invested into Biophysics and DMPK, as well as investing over £4m in facilities and equipment.”

Plans for further expansion are already underway with two additional laboratories set to be opened in 2016. In 2017, the opening of the new, purpose built “Discovery Building” at BioCity, will become Sygnature’s new facility.

Sygnature Discovery has a clear ethos that better drug discovery research will lead to better medicines and improved patient outcomes.

Hirst said: “Better research needs bright, motivated and innovative scientists and the best tools we can lay our hands on.”

The UKASF was formed in 1996, during the combinational chemistry era within the pharmaceutical industry. The group was set up to discuss the issues encountered using automated equipment primarily for solid phase and array synthesis. Over the years, the meeting has evolved to include analytical equipment, new and emerging technologies including green chemistry.