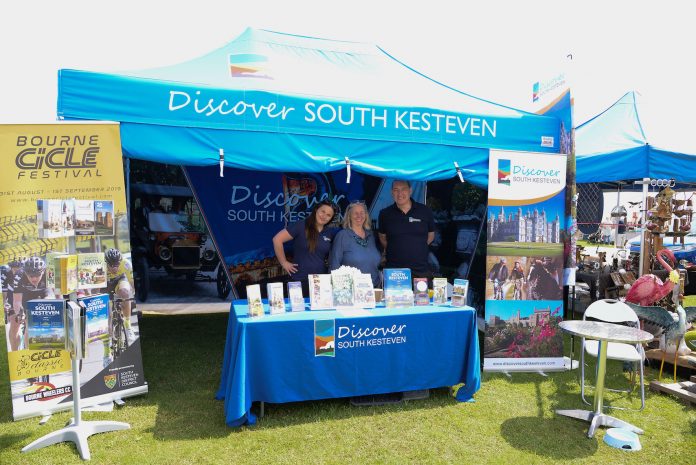 The figures are detailed in a STEAM* economic impact report published for InvestSK and South Kesteven District Council by Global Tourism Solutions.

InvestSK is South Kesteven District Council’s economic development and regeneration company. It began working to develop South Kesteven’s visitor economy in October 2017 and the value of its work is now becoming clear.

And there has been a significant increase – over 15 per cent in the last year – in visitors staying in serviced accommodation such as hotels and B&Bs as opposed to self-catering accommodation.

“We have a very positive story to tell about how our visitor economy is growing and strengthening,” said Andrew Norman, Head of Visitor Economy at InvestSK.

“Two years ago the data was going in the wrong direction but the combined effort of all our projects has helped the visitor economy in South Kesteven to turn the corner.

“We’re working actively with everyone involved at any level in the visitor economy in the district and also more widely with the likes of Visit Britain, Discover Rutland and Visit Lincoln to get South Kesteven on the map.

“It’s a combined effort – our great local attractions and hospitality sector are all busy at the coal face so our role is to act as an umbrella and to engage further afield thanks to our larger reach.”

Among the initiatives InvestSK has introduced are a video screen in Grantham railway station ticket office, a new visitor centre at Downtown near Grantham, a promotional trailer and pop-up marquee which is taken to events around South Kesteven and further afield, an aviation heritage programme, new social media channels and a new website.

“The district is just over an hour from London by train, and with a wonderful heritage, glorious villages, pubs, hotels and B&Bs complementing our world-class attractions such as Grimsthorpe Castle, Burghley House, Belvoir Castle and Belton House, South Kesteven really is a great place to visit.”

Network with over 150 property and construction professionals at the East...

Put your team in the spotlight at the 2020 East Midlands...