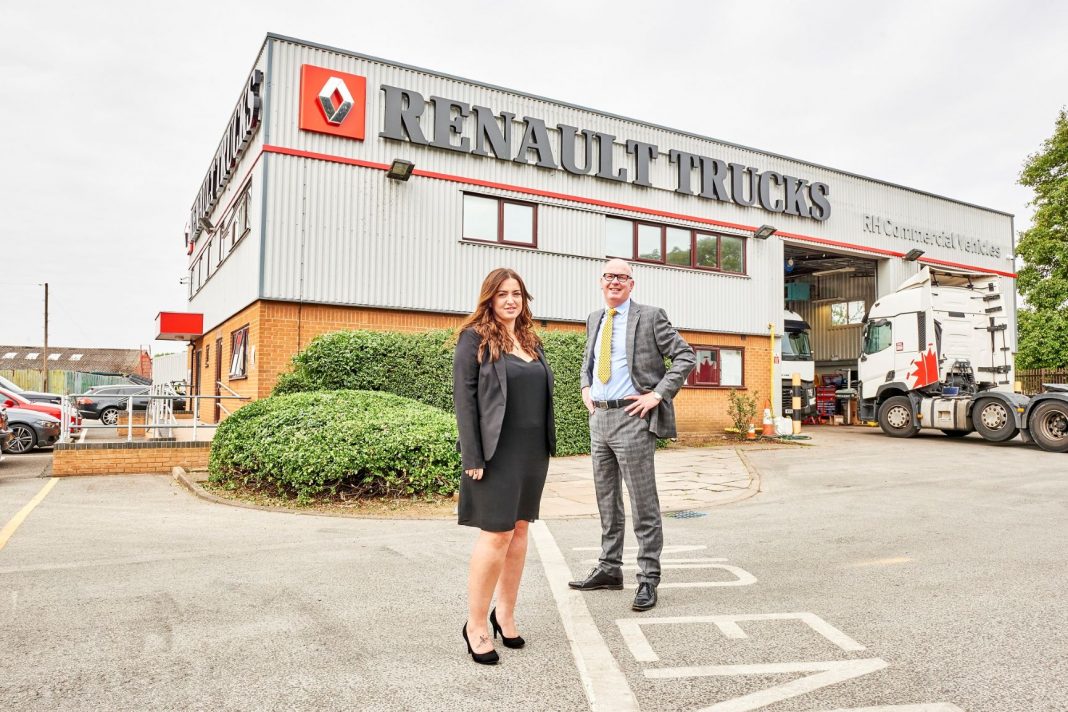 Based on Weedon Rd, Kislingbury, the business has gone from strength to strength, following its acquisition from Renault Trucks Commercials. The acquisition formed part of RHCV’s strategic plan to extend its services to a wider customer base.

Since the acquisition, RHCV has grown its customer base significantly and as a result, the business has strengthened its 11-strong person team significantly, with a number of hires and promotions, to meet this growth and demand.

Rachel Payne is the Dealer Point Manager, brought in to head up the Northampton site last year. Her unrivalled experience has helped build and grow the business. Over the last 12 months, there have been three other key appointments. 38-year-old, Thomas Long has joined RHCV as a Service Advisor, with a focus on providing a seamless and efficient service to customers, while 19-year-old James Garrard and 17-year-old Harry Fehr joined the team as apprentices.

RHCV has also enhanced its used trucks sales service over the last 12 months, which is now fully operational from the Northampton site. Sales Executive, Richard Ware has moved from Nottingham to head up the service.

Rachel said: “Since opening just 12 months ago, the team has been incredibly driven to deliver excellent results. As a result, we have been able to make new appointments and promotions. The response from customers has been great, with many choosing to return to use our services again and again.”