‘On site’ electricity generation is guaranteed supplier payments from this week 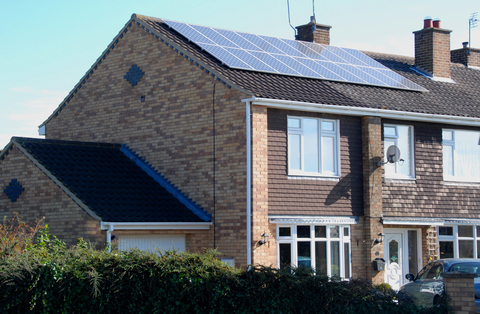 New solar homes and businesses creating and exporting electricity to the grid will be guaranteed a payment from suppliers under new laws to be introduced by the government this week.

The Smart Export Guarantee will ensure small-scale electricity generators installing solar, wind or other forms of renewable generation with a capacity up to 5MWwill be paid for each unit of electricity they sell to the grid – tracked by their smart meter.

Residential solar panels are now over 50% cheaper than in 2011. SEGwill build on the previous government subsidy scheme, which drove the installations of 850,000 small-scale renewable projects, but without passing on the cost to consumers.

Encouraging suppliers to competitively bid for electricity will give households the best market price for their energy, while providing the local grid with more clean, green energy, as the UK bids to become a net zero emissions economy.

Energy and Clean Growth Minister Chris Skidmore, said: “The future of energy is local and the new smart export guarantee will ensure households that choose to become green energy generators will be guaranteed a payment for electricity supplied to the grid.

“We want the energy market to innovate and it’s encouraging to see some suppliers already offering competitive export tariffs to reduce bills. We want more to follow suit, encouraging small-scale generation without adding to consumer bills, as we move towards a subsidy-free energy system and a net zero emissions economy.

“SEGwill place a legal obligation on energy suppliers with over 150,000 customers –covering more than 90% of the retail market – to introduce export tariffs by 1 January 2020. Some energy suppliers, including Octopus and Bulb, are already offering new smart tariffs, with some exceeding those offered under the previous subsidy scheme. At peak, solar has provided more than a quarter of the UK’s energy demands.”

Chief Executive of Octopus Energy, Greg Jackson, said: “These smart export tariffs are game changing when it comes to harnessing the power of citizens to tackle climate change. They mean homes and businesses can be paid for producing clean electricity just like traditional generators, replacing old dirty power stations and pumping more renewable energy into the grid. This will help bring down prices for everyone as we use cheaper power generated locally by our neighbours.

“The previous Feed-in Tariffs scheme closed to new entrants from 31 March 2019, following consultations in 2015 and 2018, to reduce the costs to consumers as the price of installing solar panels came down.”

SEGis designed to continue to grow the small-scale renewables export market by supporting local generation. Combined with existing technologies, like smart meters and battery storage, SEGwill help bridge the gap to a smarter and more efficient energy system of the future.

The government is keen to support households and businesses in being able to store energy in batteries in their homes, which consumers will monitor on their smart meters, respond to price signals and choose the most economical times to charge their electric cars and sell their electricity back to the grid. In turn, this will help cut consumer bills, reduce the strain on energy networks, and give consumers more control of their energy use.

The new solar scheme comes as the government will unveil the winners of the latest round of the Energy Entrepreneurs Fund this week. One of the winners, Brill Power, has been awarded £686,000 in grant funding to explore further boosting the lifetime of lithium-ion battery packs for household energy storage and to bring down their cost for consumers.

The Government is being urged to provide direct support to key strategic manufacturing sectors and companies to ensure their short-term survival through the pandemic. The...
Read more
Finance

Turnbull & Co, the independent builders’ and plumbers’ merchants in Lincolnshire and Nottinghamshire, has secured an overdraft facility from HSBC UK to help manage...
Read more

375 positions are at risk at Ibstock, the Leicestershire-based manufacturer of clay bricks and concrete products - approximately 15% of its total workforce. In a...
Read more