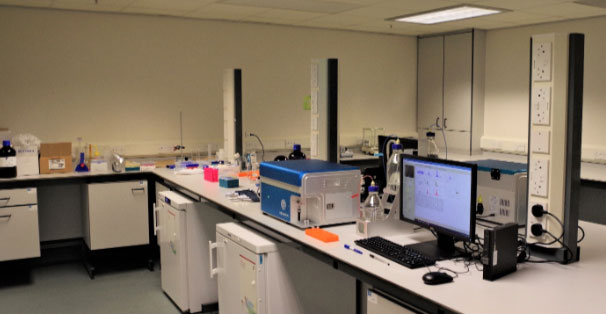 NanoFCM Co., Ltd. has established a new facility to “support existing and potential users of its Nano-Flow Cytometry platform.”

The Centre of Excellence is located in Medicity, a biotech incubator in Nottingham, UK. It will allow a close interaction with the European scientific community, as well as participation in joint research projects or consortia.

The Centre of Excellence consists of a fully functioning laboratory, equipped with two NanoAnalyzer N30 instruments, allowing the measurement of biological and synthetic substrates, such as extracellular vesicles, nanoparticle carriers, virus, mitochondria and gold nanoparticles.

In addition to technical and scientific capabilities, NanoFCM Co., Ltd.’s new facility includes a sales office to serve the Europe, Middle East & Africa region. The Centre of Excellence is led by Dr Ben Peacock, Application Scientist, whose research at Sheffield University has focused on exosomes and NanoFCM Co., Ltd.’s Managing Director is Dr Dimitri Aubert, who is also Global Vice-President for Sales and Marketing.

NanoFCM Co., Ltd.’s parent company, NanoFCM Inc., is headquartered in Xiamen, Fujian province, China. Dr Shaobin Zhu, CEO of NanoFCM Inc. said: “NanoFCM has focused on the Chinese market during its first 4 years of existence and it has been very successful with the nano-bio research community. We felt this year was the right time to expand internationally, starting with Europe, and shortly afterwards in North America. This network of support and sales offices will allow to sustain a global user base.”