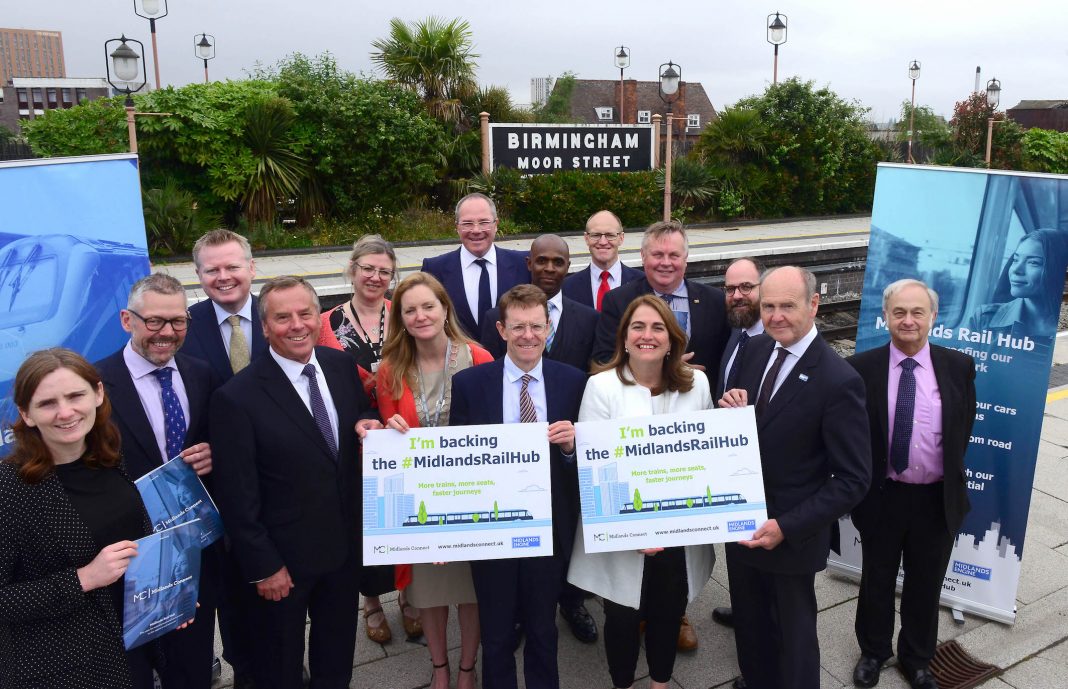 Midlands Connect’s Midlands Rail Hub plans have been awarded £20m in the Chancellor’s Budget, taking the £2bn package of improvements to rail services to the next stage of development, and closer to delivery.

The proposals include 24 extra train services every hour on commuter and inter-regional services services between towns and cities including Coventry, Birmingham, Leicester, Nottingham, Derby, Lincoln, Worcester, Hereford and beyond. Six million more passenger journeys every year will be made possible, with an estimated annual economic boost of £649m.

The £20m government investment means the Midlands Rail Hub can move to the next stage of development, an Outline Business Case (OBC), which will include detailed design, planning and costings.

Midlands Connect says it is determined to accelerate the planning and then the delivery of the Midlands Rail Hub as soon as possible. Some of the proposed improvements could start to be delivered during this parliament (from 2024), including improvements to line speeds between Leicester and Birmingham.

A further boost for the East Midlands is the £161 million allocated for Nottingham and Derby – including over £25 million for bus rapid transit in Derby and over £10 million for a new cycle route between Nottingham, Derby and East Midlands Airport – and £33 million allocated for Leicester from the Transforming Cities Fund to deliver transport and infrastructure improvements over the next two to three years.

Midlands Connect director Maria Machancoses said: “With this funding commitment, we can now continue to work closely with Network Rail and the Department for Transport to develop a robust business case for the Midlands Rail Hub, bringing the plans closer to reality.

“We will also continue to make the case to government for funding to develop the other six schemes in the wider Midlands Engine Rail programme, a £3.5 billion series of upgrades which maximises the benefits of HS2 and includes plans to enhance UK-wide rail connectivity to Coventry and Birmingham Airport, and improvements to the Derby-Stoke-Crewe and Birmingham-Shrewsbury rail corridors.”