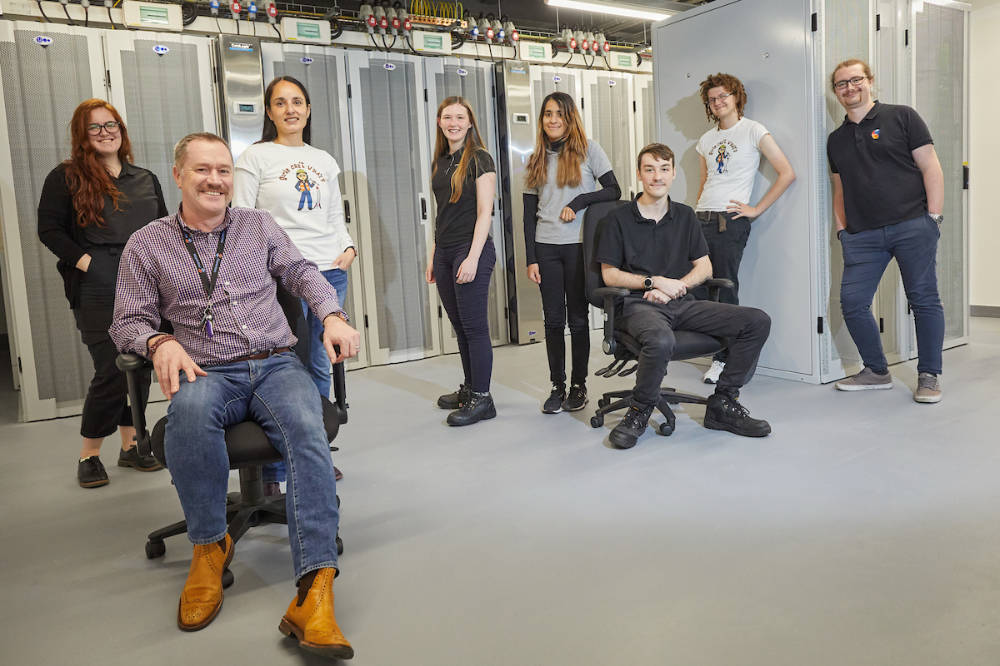 An innovative tech company has selected Lincoln as the world’s first location to host a unique cutting-edge data centre.

coolDC’s way of cooling data – which saves ten-fold in physical space and converts surplus heat to energy – has resulted in the opening of its award-winning data centre in Boole Technology Centre at Lincoln Science and Innovation Park.

“After much research and development, we have come up with a more modern, energy-efficient way of securely storing and cooling data,” says coolDC’s CEO, Tim Chambers.

“Using world-leading technology, we have responded to current concerns about the environmental footprint of our industry by creating a solution that uses less energy, less physical space and reduces our carbon footprint.”

coolDC’s commitment to making the data centre world ‘more cool’ has already been recognised by CEEDA – the global energy efficiency assessment framework – which has awarded it with Gold-level certification for both design and operate stages of the Lincoln project. It is only the second colocation data centre in the world to achieve this.

“What’s great is that we’ve been able to build in a science park in a shared building where our neighbours are ideal clients. Although the building was not originally built for this purpose, because our design and space are both flexible, we have been able to build a facility that is hidden in plain sight but without impacting on the other tenants,” says Mr Chambers.

“What we offer is a much more attractive proposition for the kind of new talent we want to recruit into the industry,” says Angela Meah, coolDC’s Operations Director.

“We can offer our employees a fantastic work environment because we are based in a science park in the middle of Lincoln and we are particularly attractive to young people as we use cutting-edge technology and are invested in environmental sustainability.”

coolDC is committed to equality and diversity in its workforce, especially to encouraging women into science and technology, and benefits from its proximity to the University of Lincoln.

“We have some amazing students who have graduated from, or who are on placement here, from the University,” says Ms Meach.

“They are agile, have a great work ethic and energy and aren’t scared of new technology. They don’t have preconceptions of how a data centre should work so embrace new ways of thinking.”