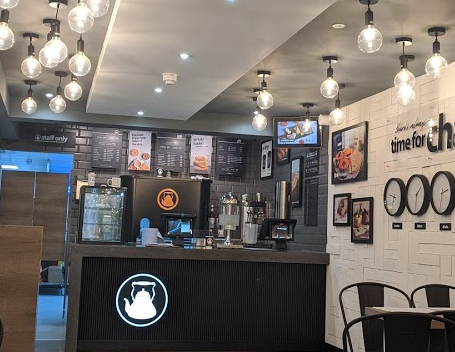 The fast growing restaurant brand has plans for exponential growth in the UK and countries such as Canada, USA and Dubai.

In the UK, they currently operate 30 stores and are opening an additional 12 stores by the end of the year with plans to open around a further 200 stores in the next five years. They are making similar progress in other countries.

Chaiiwala has also developed a packaged version of their most popular products which have now entered the supermarket space.

Chaiiwala’s franchise director, Nil Naik, said: “We are pleased to be teaming up with Walaiti Rathore and Licensing Law Consultancy as we enter the next phase of our growth and expansion. Their reputation and record for delivering outstanding licensing results, which are often reported in the media, speaks for itself.

“They are very well connected in the industry as well as the world of licensing and work with major franchise brands which was equally important to us.”

The Managing Director of Nottingham-based Licensing Law Consultancy, Walaiti Rathore, said: “It is very exciting to be working with Chaiiwala. Their achievements in a relatively short period of time and expansion plans are very impressive.

“They have also shown that it is possible to continue to grow a strong brand which creates businesses for aspiring franchisees as well as create jobs during these challenging times.”

The Covid-19 pandemic is causing SME business owners to feel they need to always be ‘on’, according to the latest independent research from Close Brothers Asset Finance*. As many...
Read more
Property

The weekend is almost upon us and that means it’s time for some quick fire questions. This ‘Time Out’ features Glynis Wright, founder of...
Read more

The Covid-19 pandemic is causing SME business owners to feel they need to always be ‘on’, according to the latest independent research from Close Brothers Asset Finance*. As many...
Read more