Leicester is “the UK’s Space City” 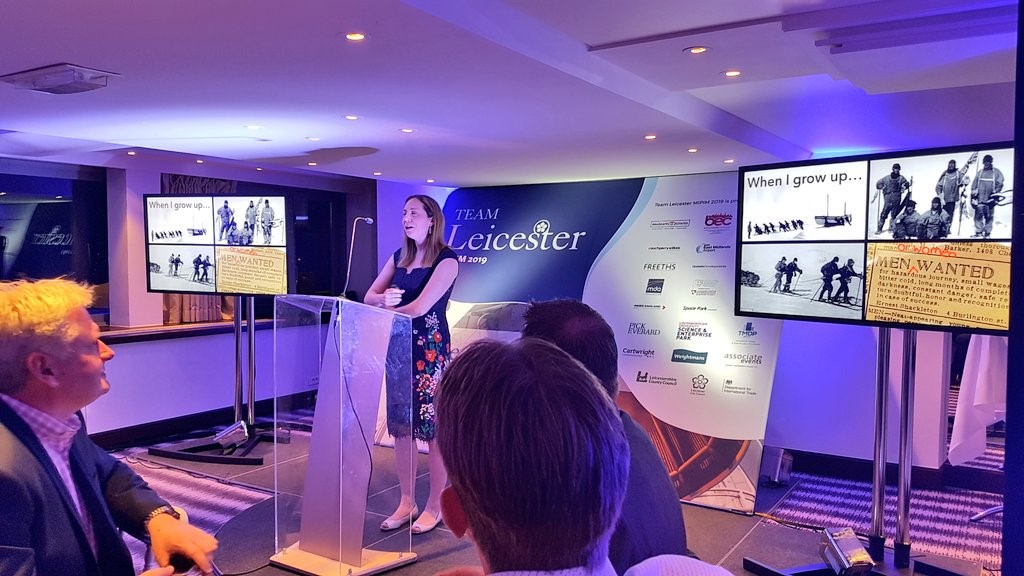 Leicester’s Space Park project will make the city and region synonymous with the industry, according to one of the region’s experts in planetary science.

Dr Suzie Imber was speaking at the annual Team Leicester dinner at MIPIM, the world’s largest property event, telling the packed room that the plans for the park will further enhance the city’s reputation for innovation.

Dr Imber said: “The Space Park project is at the heart of Leicester becoming a ‘space city’ – our dream is that when you think about space, you think of Leicester.

“The city has great scientific heritage – every day for the last 52 years we have had an instrument in space that was built in Leicester – and with this new facility, we’ll hopefully have a great future.

Dr Imber is associate professor of space physics at the University of Leicester, but is better known as the winner of the BBC show “Astronauts – Do You Have What It Takes?”

Dr Imber said: “The Space Park has been a collaborative effort from the LLEP, the city council, our university and central government, and we want that spirit of working together to continue.

“Industry and academia will be together in one place – companies that relocate to the Space Park can work in partnership with the university and pool resources.”

The Space Park is an ambitious initiative to develop a global hub and collaborative community based on space and space-enabled technologies, and has been identified by the Department for International Trade as a High Potential Opportunity.

Construction is scheduled to start later this year, with first phase delivering a 4800m2 facility for Earth Observation, business hosting and teaching.

Rob McGuinn, chair of Team Leicester, said: “The Space Park is a fantastic example of the kind of innovation and potential there is in the city of Leicester and the wider region.

“It was great to have Dr Imber with us at MIPIM to hear about the project and the exciting plans for keeping Leicester as the beating heart of the UK’s space industry.”