Just when you thought Nottingham couldn’t get any worse for parking! 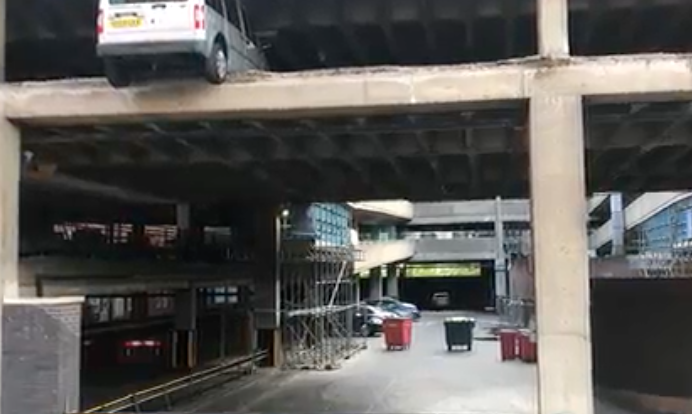 Part of a wall at a Nottingham city centre car park collapsed this weekend leaving vehicles dangling precariously 50 feet from the ground below .

The area around Mount Street area, including a number of other roads, were cordoned off by police as work set to in securing the car park and the vehicles in question.

A police spokesman said: “Officers were called to the NCP car park to assist Nottinghamshire Fire and Rescue Service at around 4am on Saturday 19th August after a wall on level one of the building fell down, leaving one vehicle hanging partially over the edge. No one was injured.

“It is not yet known how long the closures will be in place and drivers are being asked to avoid the area. Maid Marian Way is open as normal.