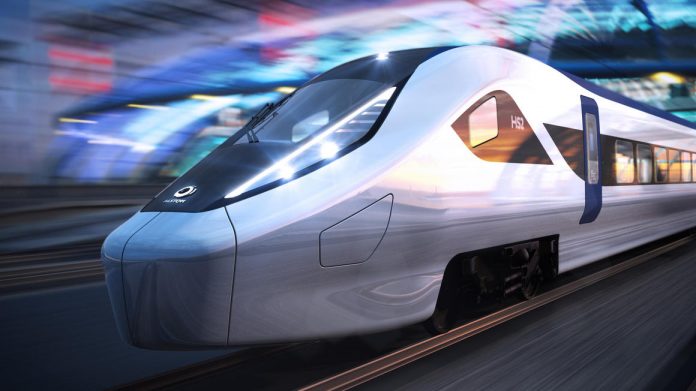 The National Audit Office (NAO) has released a critical report finding that the High Speed Two railway is over budget and behind schedule because the Department for Transport (DfT), HS2 Ltd and wider government have underestimated its complexity and risk.

DfT’s latest estimate of the cost of HS2 is between £65 billion and £88 billion (2015 prices), between 17% and 58% over available funding. The programme is still at an early stage, and costs are uncertain and could change. Full services on the entire network are now forecast to start between 2036 and 2040, between three and seven years later than originally planned.

NAO indicated that the target opening date for Phase One (London to West Midlands) was ambitious and set by comparison with other infrastructure programmes, but that DfT did not sufficiently consider that HS2 is a much larger and more challenging programme to deliver.

DfT, which is responsible for funding and overseeing delivery of the railway, set the available funding for Phase One in 2015, based on a basic design produced in 2013. Since then, forecast costs have increased on all parts of Phase One except the purchase of new trains. DfT and HS2 Ltd now estimate Phase One to cost between £31 billion and £40 billion, £3.9 billion to £12.9 billion more than its available funding.

NAO said that HS2 Ltd did not account for the level of uncertainty and risk in the programme when estimating the costs of Phase One in April 2017. It used a method for calculating contingency that was not appropriate for a programme at such an early stage of development. The £7 billion of contingency was not enough to address the significant cost increases that emerged.

The office made further criticism, saying that by not fully and openly recognising the programme’s risks from the outset, DfT and HS2 Ltd have not adequately managed risks to taxpayer money.

Phase Two of the programme is at a much earlier stage than Phase One but is already forecast to cost more than its available funding and take longer than expected. HS2 Ltd’s current forecast for when passenger services would run on Phase 2a (West Midlands to Crewe) is between 2030 and 2031, and for Phase 2b (Crewe to Manchester and West Midlands to Leeds, going through the East Midlands) is between 2036 and 2040, three to seven years later than planned.

Gareth Davies, head of the NAO, said: “There are important lessons to be learned from HS2, not only for the Department for Transport and HS2 Ltd, but for other major infrastructure programmes. To ensure public trust, the Department and HS2 Ltd must be transparent and provide realistic assessments of costs and completion dates as the programme develops, recognising the many risks to the successful delivery of the railway that remain.”

East Midlands CBI Regional Director Richard Blackmore said: “HS2 is an ambitious project and the National Audit Offices’ report usefully highlights the challenges of delivering large-scale infrastructure. But what is clear to the CBI and business generally, is the colossal cost of not delivering HS2.

“If the government truly believes in levelling up the regions, especially the East Midlands, it should deliver HS2 in full. Doing so will allow us to unlock the Northern Powerhouse and Midlands Engine, deliver better east-west transport improvements and add rocket boosters under our economy. It is exactly the post-Brexit project the government should be championing.

“HS2 is the only shovel ready project that can deliver massive benefits for the Midlands and the North and all of the UK. The CBI’s message is clear – back it, build it and benefit from it.”

7th April 2020
Following the suspension of production at its manufacturing facilities at the end of March, Ibstock's entire Board and Executive Leadership Team have taken a...

D2N2 appeals to businesses amid shortage of PPE in region’s care...