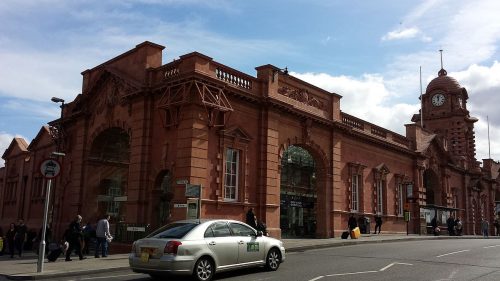 East Midlands Trains confirmed that it is planning to run a near normal train service at the start of the working week on Monday, after a fire, which was thought to be an attempted arson attack, closed the station on Friday (12th January).

The station which re-opened on Saturday 13th January- albeit with reduced facilities initially – after the all-clear was given from structural engineers.

Teams worked overnight to undertake a deep clean of the station to deal with smoke and water damage, as well as erecting boarding to close off parts of the station. Special queuing arrangements were also put in place to ensure passengers could enter the station and access platforms safely.

Work behind the scenes by train planners and operations teams ensured that trains which had been at different maintenance depots overnight were in the right place on Saturday morning when the majority of train services resumed.

Jake Kelly, Managing Director of East Midlands Trains, said: “Getting the station open has been a great team effort, involving not just our own staff, but also Network Rail, contractors and the emergency services. The positive response of passengers and local people also shows just how valued the station is in the community.

“Today’s train services have run very well and the clean-up operation in the parts of the station we have open has been really impressive in view of the short time since the fire was put out. We will be working hard in the days ahead to restore more station facilities.