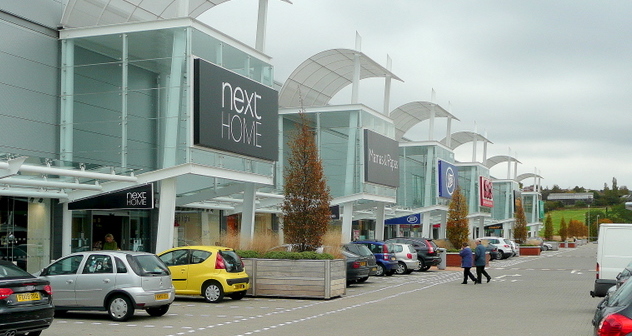 The awards, between £50,000 and £100,000 are funded by the Starbucks 5p cup charge, and will be used to develop long-term infrastructure. The funding is expected to have a significant impact:

The winners are the Northampton Project, which is being led by the University of Northampton, and involves a consortium of the town’s largest employers, and Nottingham’s Giltbrook Retail Park, owned and operated by British Land.

The ability to recycle paper cups has increased over the last two years and there is now enough capacity in the UK to recycle all paper cups used. However, because cups have a plastic lining that stops hot drinks from leaking, they need to be collected separately from other paper goods. As a result, specific cup recycling points are needed as well as clear communication to help the public recycle easily. The Cup Fund was established to meet this need and is financed by Starbucks, from the 5p charge introduced on paper cups in 2018, to encourage customers to increase their use of reusable cups.

All cups collected by the funded projects will be recycled in the UK into new products including paper bags and greetings cards. These products will be manufactured locally to reduce travel and some of those products will go back into the locations where the cups were collected to create a closed loop.

As well as financial funding, each project will receive ongoing guidance and advice from Hubbub to enable them to best spend the funds to deliver the greatest long-term impact. The charity has been at the forefront of coffee cup recycling campaigns for a number of years, bringing together large-scale collaborations of retailers, cup manufacturers, local authorities and other stakeholders to test and scale cup recycling in Manchester, London and Leeds.

Gavin Ellis, Director and Co-Founder of Hubbub, said:  “While reusable cups are the most environmentally-friendly choice, billions of paper cups are still being used each year and most aren’t currently recycled. There is the capacity to recycle them, so the Cup Fund will introduce cup recycling points in high footfall locations to collect large numbers of cups and ensure that they are recycled. We have been so impressed with the scale of the winning projects’ ambitions and we are looking forward to supporting them over the coming year.”

Former Environment Minister Thérèse Coffey said: “I commend Hubbub and Starbucks for stepping up and helping to cut waste through their innovative Cup Fund, creating a legacy of greater recycling in our workplaces, universities and local communities.

“It’s time to call time on unnecessary waste, and as a government we have set out our plans to radically overhaul the waste system though our landmark Resources and Waste Strategy, working to protect our environment for future generations.”

Leanne Bonner-Cooke MBE, who founded Leicester-based Evolve IT Consulting Limited in 2007, is handing over the reins to co-director and former CTO Colette Wyatt, who...
Read more
General News

Small and medium businesses affected by COVID-19 in Leicester are to benefit from the expertise of one of the Midlands’ top business schools, as...
Read more
Finance

Results from the latest BCC Coronavirus Business Impact Tracker reveal that businesses are still facing significant cashflow challenges with the schemes announced in the...
Read more

Leanne Bonner-Cooke MBE, who founded Leicester-based Evolve IT Consulting Limited in 2007, is handing over the reins to co-director and former CTO Colette Wyatt, who...
Read more
General News

Small and medium businesses affected by COVID-19 in Leicester are to benefit from the expertise of one of the Midlands’ top business schools, as...
Read more
Finance