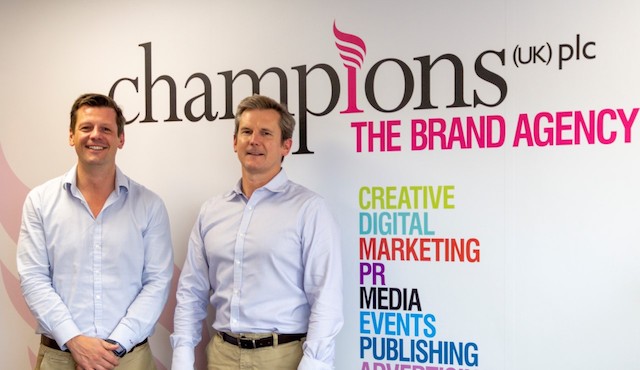 Brand agency, Champions (UK), has strengthened its client base by winning a contract with leading global aerospace and defence supply chain provider Pattonair.

Champions recently provided communications support around Derby-based Pattonair’s$1.9bn merger with Wesco Aircraft Holdings, a deal which significantly expanded its US presence and reinforced its operations around the world.

“We required a team that could support our ever-expanding services across local, national and global arenas,” said Jason Rance, Pattonair’s Group Innovation Director. “In that respect, we found Champions’ experience and skills to be up there with the very best.

“Their support so far has been invaluable, particularly when it came to developing communications around our recent merger with Wesco Aircraft Holdings.

“I’m confident that this will be a long-term and successful partnership that will allow us to continue to communicate our strategies to customers and suppliers across the globe, with efficiency and ease.”

Family-owned Champions, based in Costock, near Loughborough, continues to go from strength to strength, expanding its highly regarded expertise across ten departments and taking on 50 new members of staff in the last nine months.  Itsvibrant new £1m media centre will be officially unveiled at a ceremony in November.

The company, which was set up in 2003, recently made an incredible leap in the list of the top 200 fastest-growing businesses in the East Midlands – moving from 197thplace last year to 12ththis year.

The report by accountancy experts Grant Thornton also placed it in the top five Leicestershire firms.

Similarly, The University of Derby has recognised Pattonair’s significant contribution to the local economy in a recent study, listing it among the top 200 most successful companies in Derbyshire. In January, the company struck a major sponsorship deal with Derbyshire County Cricket Club, leading to the naming of the Pattonair County Ground.

Matthew Hayes, Champions’ Managing Director, said the contract with Pattonair was an exciting opportunity to work with such a major company.

“We are delighted to welcome Pattonair to our growing client base and look forward to providing them with a dedicated service across key departments,” he said.

“Right now, we are in an exciting period of development and are proud to continue working with a company that is making such a difference on both a local and global level”.