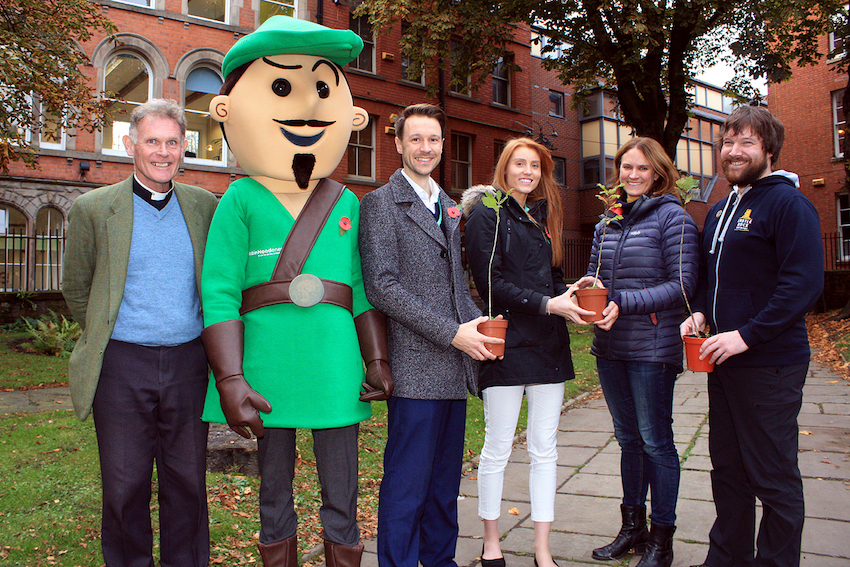 Castle Rock, the multi-award winning brewery and pub group based in Nottingham, has teamed up with Robin Hood Energy, the first not-for-profit energy company owned by a local authority, to offer local businesses free trees as part of their commitment to a greener future.

Dave Coxon, General Manager at the brewery’s Kean’s Head pub contacted Robin Hood Energy after hearing about their work with local schools and community groups to see if they could take a few trees of their own for suppliers, colleagues, customers and other local businesses.

They ended up taking 40, as Dave explains; “I’d spotted a few things on social media and in the press about their work with schools and thought it was a great idea

“Planting these English Oak trees, allocated to our interested pubs, colleagues, local businesses, partners and suppliers to enhance their local communities by supporting this fantastic initiative, can only be a good thing for all of us

“Kean’s Head is a supporter of re-wilding – helping dwindling bee and pollinator numbers, having planted wildflower areas with St. Mary’s Church, in their grounds. As a group, Castle Rock has made huge commitments to reducing its carbon footprint, and has won awards for its efforts

“Robin Hood Energy are helping Nottinghamshire to be a greener place to live, and encourage others to take on such initiatives across the UK”

Robin Hood Energy was set up to tackle fuel poverty and to help give people a cheaper, more helpful alternative to the Big Six.

CEO Gail Scholes says she is proud that the company is leading the way in trying to reduce fuel poverty and also doing its bit for the environment.

In the last 6 weeks they have donated nearly 300 trees to local schools and other community groups. Working with local businesses was the next logical step, according to CEO Gail Scholes.

“Simply talking about climate change isn’t enough. I want to say I didn’t stand by and watch, that I did everything in my power to help. At Robin Hood Energy we are dedicated to making our business as green as possible and part of that is our commitment to help Nottingham become the first major city to be Carbon Neutral by 2028.

“We were thrilled when Castle Rock Brewery got in touch to see how they could get involved and the idea has grown from there. If any other businesses would like to find out more about our initiative, please contact our project manager for this initiative, Curtis Stocken.”