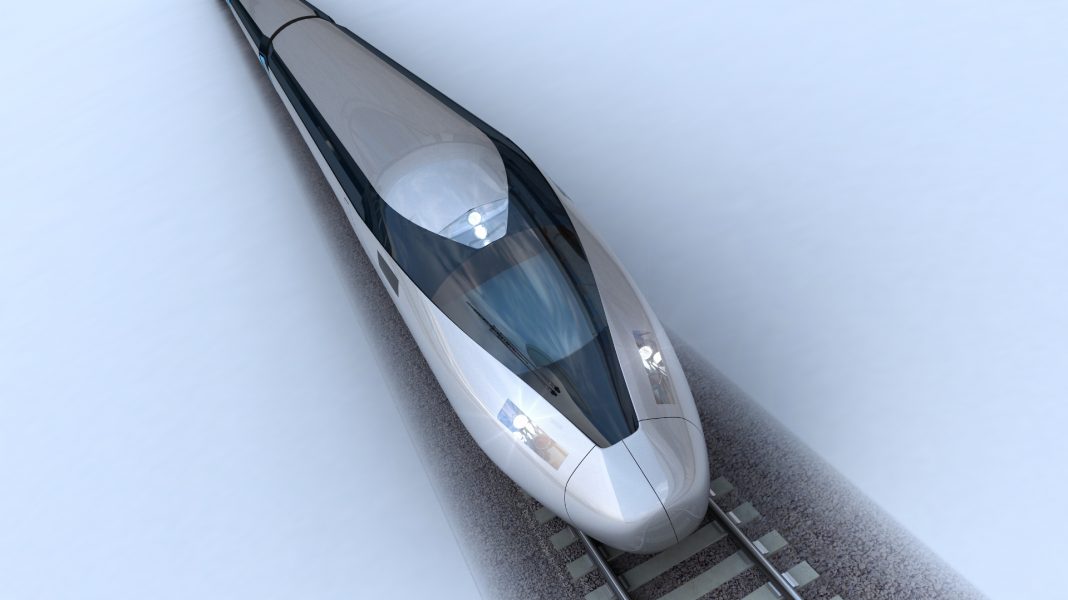 The HS2 Phase 2a: High Speed Rail (West Midlands to Crewe) Bill has been given Royal Assent, cementing in law the government’s commitment to bring the new high-speed railway to the north.

The act of Parliament was passed exactly one year after ministers gave the project the green light and will allow HS2 Ltd to begin work to construct the next phase of the new high-speed railway between Crewe and Birmingham, creating thousands of jobs.

The move has seen business leaders now call for commitment to Phase 2b (the Eastern leg), which is particularly important for the East Midlands.

Maria Machancoses, director of Midlands Connect, said: “Today’s historic milestone will be music to the ears of businesses, investors and travellers alike. It’s heartening to see progress being made, Government must now work to ensure this momentum is maintained and that construction is started on the Birmingham to Crewe leg as soon as possible.

“While Phases One and 2a are moving ahead apace, and have created thousands of highly-skilled jobs, apprenticeships and unprecedented regeneration, it is essential that an decision is made on the scope of Phase 2b of the project, especially the Eastern Leg of the route between Birmingham, the East Midlands, Chesterfield, Sheffield and Leeds.

“Any further delay will cause uncertainty at a time where business confidence and job security have been shaken by COVID-19. We in the Midlands and North are clear, we need the whole of the HS2 network to be delivered, in full.”

Federation of Small Businesses (FSB) Development Manager Natalie Gasson said: “Getting the go-ahead for the next phase of HS2 marks a positive step forward in transforming the infrastructure small businesses rely on.

“Now we must press forward and continue to amplify the message that HS2 is critical to the North and the Midlands. A failure to deliver it in full, all the way to Leeds via Toton and Sheffield, would be a enormous missed opportunity to create hundreds of thousands of jobs, attract major investment and stimulate huge economic growth to create a more balanced, fairer economy.

“We must also ensure that small businesses are consulted in HS2’s development. These businesses are forces to be reckoned with and they bring a dynamism to supply chains that corporates struggle to match. Giving them opportunities to work on this great project is vital to them and the local economies they drive forward. As they are placed under huge strain by lockdowns, HS2 contracts are helping small firms to survive, and create and sustain jobs.

“At a time where the UK economy is still reeling, it’s more important than ever to press ahead with infrastructure projects, to make sure that contracts are open to small businesses, and to make sure that large prime contractors pay firms in the supply chain on time.

“Our recovery from Covid-19 hinges on a solid transport system that can sustain our economy for the future, and HS2 sends a clear message that Britain is open for business.”

Chris Hobson, director of policy and external affairs at East Midlands Chamber, warned the Government that failure to back the Eastern Leg of the high-speed rail line would affect sentiment in the region – with tangible knock-on impacts that would stifle job creation and economic growth.

Chris said: “It has a massive impact and I’d turn it the other way around to say that a lack of investment knocks confidence.

“It’s fantastic news that HS2 Phase 2a has been granted royal assent but there’s still uncertainty in the East Midlands about what’s going to happen to Phase 2b.

“That has a knock-on impact on confidence. When I speak to particularly our larger members, when they assess their asset plans in their various estates, they’re looking over decades rather than years.

“They want to know what the future holds and it’s really important the Government and policymakers don’t underestimate the impact of continually putting off decisions or making firm commitments to projects like this.”