Although some are planning to make substantial job cuts as a result of Coronavirus, it highlights their continuing contribution to the economy at this difficult time. It also gives
examples of how they have stepped up to support their communities and the NHS.

The 13 companies headquartered in the Midlands have together achieved sales of £23.8bn and profits of £1.8bn in their latest financial year, and collectively employ more than 85,300 people.

Examples of positive responses to the Covid-19 crisis include Rigby Group (No 20), the Stratford-upon-Avon conglomerate headed by Sir Peter Rigby. It owns IT services firm SCC, which enabled 12,000 doctors to do video consultations in just one week, and helped NHS Trusts arrange digital staff meetings.

Other examples include Leicestershire food group Samworth Brothers (No 66), which provided its Ginsters pasties and Soreen malt loaves to frontline workers at NHS Nightingale and other hospitals; and Derbyshire’s Bloor Investments (No 39), whose Bloor Homes division donated thousands of face masks and goggles to the NHS.

The region’s top-ranked company is JCB (No 10), which has distributed more than 35,000 free meals to vulnerable people across Staffordshire and helped produce medical-grade visors for the NHS using 3D printers. Its 2018 sales were a record £4.1bn, but it recently announced job losses as a result of the coronavirus crisis.

The companies in the Midlands appear alongside well-known British names, including Dyson, Iceland, John Lewis Partnership, Nando’s and Specsavers.

This year, the 100 companies reached a record £237bn in total sales, up 8% on the prior year, with total profits of £28bn, up by 7%. Three in four companies (74) increased sales in their latest financial year.

The league table programme is sponsored by HSBC and Linklaters, and compiled by Fast Track, the Oxford-based research and networking events firm.

Amanda Murphy, Head of Commercial Banking, HSBC UK, commented: “Uncertainty and volatility remain watchwords in the current climate but we at HSBC UK are confident that
Britain’s business leaders, such as those at the helm of the companies in the Midlands on this year’s Top Track 100, will rise to the challenge. The country has found new reserves of energy in the face of adversity and the businesses that can harness that energy and pace of change will thrive in the ‘new normal’.” 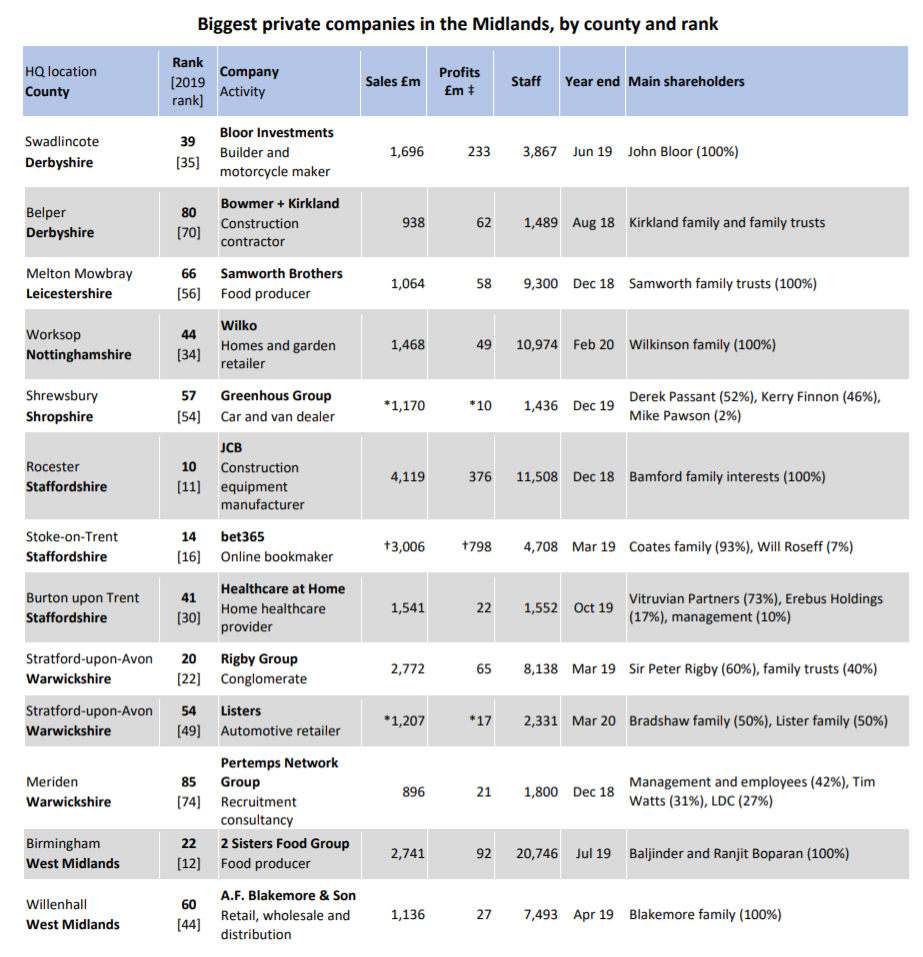