The 11 companies headquartered in the Midlands (compared to 13 last year) include seven new entrants to the league table. Their international sales have grown by an average of 64% a year over two years to a total of £72.8m, and together they employ 1,048 people.

The region’s top-ranked company is Leicester-based Delta Global, which makes its debut on the league table. It supplies branded luxury packaging to high-end retailers including Tom Ford and Coach. It doubled its international sales to £4.8m in 2017. Another Midlands company featuring for the first time is reusable nappy supplier Bambino Mio, which has tapped into growing demand for environmentally-friendly baby products abroad, helping it grow overseas sales to £2.9m last year.

The companies in the Midlands appear with well-known businesses from around Britain, including online jewellery brand Missoma, popcorn maker Joe & Seph’s, and coffee shop chain AMT Coffee. The latest league table shows that despite the ongoing uncertainty surrounding Brexit, Europe continues to be the most important overseas market with more than four fifths of companies (85) selling there. However, they are looking further afield for future growth – 82 companies are targeting future expansion outside of Europe.

The SME Export Track 100 is sponsored by WorldFirst, DHL Express and Heathrow Airport, and issupported by the government’s Exporting is GREAT campaign. It is compiled by Fast Track, the Oxford- based research and networking events firm.

Jonathan Quin, CEO and co-founder at WorldFirst, the title sponsor, said: “At WorldFirst we’d like to be the first to congratulate all the businesses that feature on this year’s top 100. International markets present tremendous opportunities for UK businesses and the rewards of being a successful exporter are clear from the growth demonstrated by all the businesses here. That said, there are challenges and risks too and so we should also recognise the brave and committed leadership that has gotthem to this point.”

Liam Fox, Secretary of State for International Trade, said: “SMEs are fundamental to achieving our target of increasing exports as a percentage of GDP to 35%, so it is vital we give them the recognition they deserve. The exporters listed in this year’s SME Export Track 100 arepioneers whose example should be followed by ambitious businesses across the UK.” 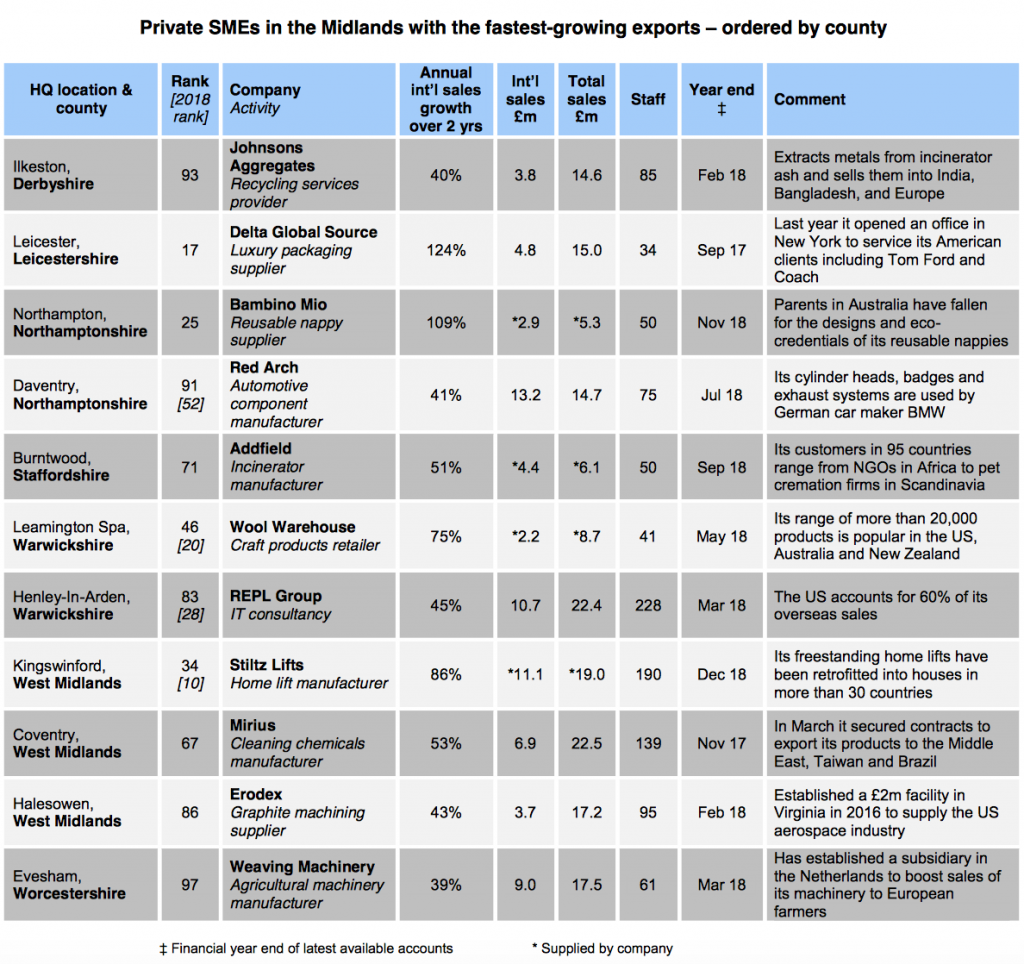