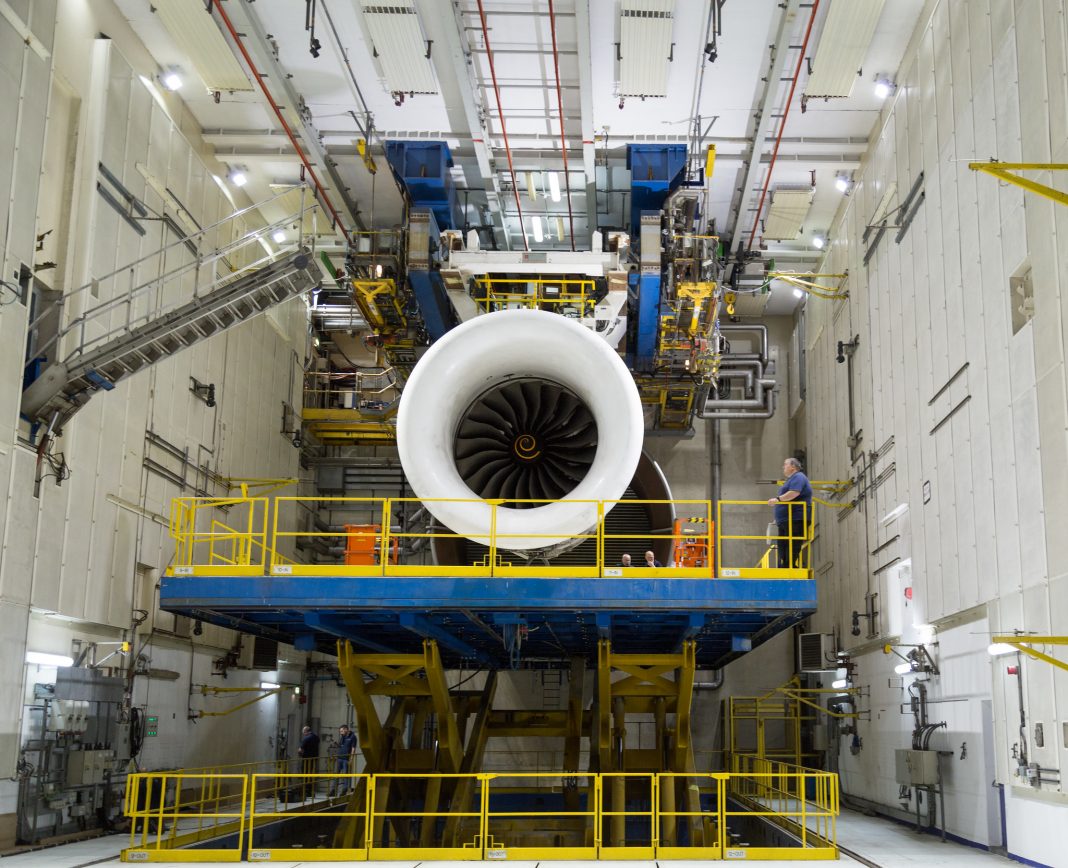 Rolls-Royce has completed the first engine run on its state-of-the-art Testbed 80, which will be the largest and smartest indoor aerospace testbed in the world when it is officially opened in the coming months.

With an internal area of 7,500 m2, making it larger than a Premiership football pitch, the testbed conducted its first run on a Rolls-Royce Trent XWB engine at the test facility in Derby.

This is a major milestone in the project which has been under construction for almost three years and represents a £90m investment.

Chris Cholerton, President Rolls-Royce Civil Aerospace, said: “Today is an important landmark in our journey towards a more sustainable future for aerospace and aviation.

“Testbed 80 will not only test engines such as the Trent XWB – the world’s most efficient aero-engine in service – but also the engines and propulsion systems of the future, which will see us take another step towards decarbonisation.

“It’s great that the first engine test has been a success and we are looking forward to the official opening of the facility in the coming months.”