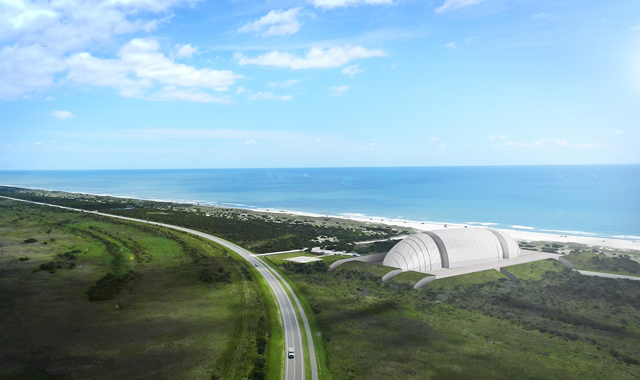 Rolls-Royce, which has a major base in Derby has awarded a contract to the Nuclear AMRC to develop a module demonstrator for the UK Small Modular Reactor (SMR).

The demonstrator will develop an understanding of modules and underpin the early stage design principles that are pertinent to deliver cost and programme certainty for the manufacture, construction and through-life operation of its UK SMR power plants.

Matt Blake, Chief Engineer – SMR, said: “Modular design is central to our UK SMR Power Station, not only for the reactor components but for the construction of the entire plant.

“The UK SMR uses road transportable modules that are completed in factories and transported for direct ‘plug and play’ installation on site, allowing a fleet of reactors to be built and operated with much greater levels of cost certainty and operational efficiency.”

Johnny Stephenson, Nuclear AMRC Business Development Manager, said: “This is a fantastic project for our new modular manufacturing research facility, where we are developing and evaluating a range of modularisation techniques which could be used to build a new fleet of SMRs.

“We will work with the UK SMR consortium to explore both physical and digital aspects of modularisation, using technologies that have the potential to deliver significant savings in the manufacture, assembly and operation of SMR power stations.”

The Rolls-Royce-led UK SMR could produce reliable energy for as low as £60 per megawatt hour – competitive against wind and solar – and through its innovative approach to modular construction, can avoid the complexities, delays and overspends often associated with large infrastructure projects.