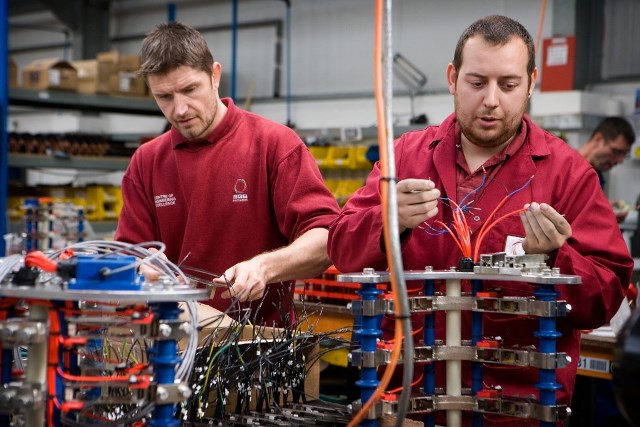 New figures from the Department for Education show the number of people starting apprenticeships in England has fallen by 61 per cent, following the introduction of the apprenticeship levy and changes to apprenticeship funding for small businesses.

The number of young people, under the age of 19, starting apprenticeships has fallen by 41 per cent compared to this time last year.

As Neil Carberry, CBI Managing Director for People policy, says “ Businesses believe in apprenticeships but there can be no argument now –  reform of the levy system is needed urgently to ensure its success.

“Firms are still having to adjust to the new system against difficult timescales, but the challenges of the levy run deeper than just a timing issue. That’s why the CBI has consistently said that for the levy to really meet business and learner needs, more flexibility is vital so firms can deliver high-quality training.

“There is still time to get the levy right but this needs real urgency.  The Government must invest now in the Department for Education’s commercial skills, work with firms to build a better understanding of how businesses will react to policies, and empower the Institute for Apprenticeships to challenge underperforming aspects of system design.  In the long-term, the right choice is to evolve the system into a flexible skills levy.

“The CBI will continue working with the Government to deliver an apprenticeship system that meets the skills needs of companies and opens up careers for young people.”

Mike Cherry, National Chairman at the Federation of Small Businesses adds: “Changes to apprenticeship funding may be partly responsible for driving down the number of apprenticeships, which is bad news for everyone. It’s early days in the Government’s apprenticeship programme, but these figures do coincide with an increase in the compulsory employer contribution and a greater focus on levy-paying businesses over smaller employers.

“This is a significant programme of reform which will take time to bed in but there must be a real concerted effort to enable employers to take on apprentices. As the Government has highlighted, apprenticeships are crucial if we are to tackle the skills shortage and increase the social mobility of our young people.

“Small businesses have a key role in providing apprenticeships in across the whole of England and particularly for younger workers, with 70 per cent of those firms that have an apprentice taking on 16-19 year olds. Government should reconsider the current funding arrangements and incentives for taking on younger apprentices, recognising that this group needs more support as they move into the workplace for the first time.”