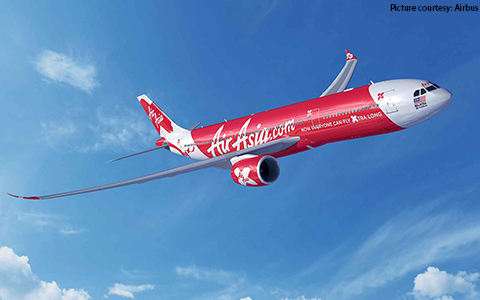 Rolls-Royce has been chosen by AirAsia X to deliver a further 34 Airbus A330neo aircrafts, powered by the Trent 7000 engine.

The decision takes the total number of AirAsia X A330neos on order to 100, the largest Rolls-Royce powered single-type of widebody.

The AirAsia X engines will be supported by TotalCare®, the flagship Rolls-Royce CareService, which maximises engine reliability and aircraft availability. The announcement also supports the UMW Aerospace facility in Malaysia, which provides Trent 7000 fancases to Rolls-Royce.

The Trent 7000, the latest member of the successful Rolls-Royce Trent engine family and the exclusive powerplant for the A330neo, has powered the A330neo in its debut appearance at the Farnborough International Airshow.

Tan Sri Tony Fernandes, Co-Group Chief Executive Officer of AirAsia X, said: “We went through a lot of work with Rolls-Royce to ensure this is the right engine for the long haul low-cost market. We are convinced that this is a great product and we appreciate the transparency and openness of Rolls-Royce in assisting us in our decision to take the Trent 7000.”

Chris Cholerton, Rolls-Royce, President – Civil Aerospace, said: “AirAsia X continue to display impressive growth and we are proud, once again, to be supporting their ambitions. The Trent 7000 is performing extremely well in flight testing and we look forward to a smooth entry into service with AirAsia X.”

The 68-72,000lb thrust Trent 7000 will deliver a step change in performance and economics compared to the Trent 700. Benefitting from a bypass ratio double that of its predecessor, the Trent 7000 will improve specific fuel consumption by 10%, and will significantly reduce noise.