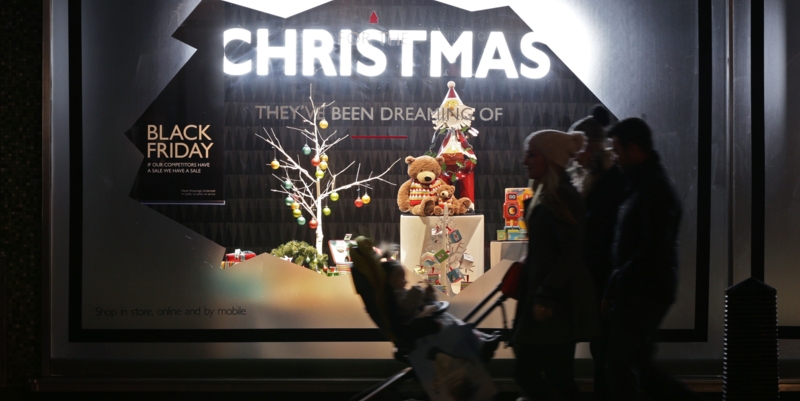 UK consumers intend to spend £567 (€646) this Christmas, according to the latest findings from Deloitte’s 2018 European Christmas Survey. The research, based on responses from 9,169 consumers across 10 European countries, reveals a modest increase in expected spending in the UK of just one per cent from 2017.

The flat year-on-year comparison comes despite a backdrop of consumer-friendly economic fundamentals, including sustained rises in real pay and strong retail sales over the course of the year. The fact that consumers are expecting to spend little more than they did last year reinforces the notion that consumers are in a cautious mood as they enter the festive shopping season, as first indicated by the latest Deloitte Consumer Tracker.

Ian Geddes, North West Europe head of retail at Deloitte, commented: “With UK consumers planning on spending about as much as they did last year, the retail industry needs to be prepared for what will be a fiercely competitive Christmas shopping period.

“Now is the time for consumer-facing businesses to compete for consumers’ share of wallet and do what they can to get a cut of the £567 in expected spending per person.

“As ever, some will be better at this than others, and the divide between the industry’s winners and losers will likely be bigger than ever before.”

UK remains big spenders
Despite evidence of consumer caution domestically, the UK is expected to be Europe’s biggest spender on Christmas this year (£567), ahead of second-placed Spain (£526). Overall, the UK’s consumers expect to spend 42% more than the European average (£400). The majority of this spending will be driven by gifts (£299), followed by food and drink (£151), socialising (£66) and travel (£51).

Deloitte’s research also found that the UK will spend more on gifts than any other European nation. Not only is the expected value of spending on gifts considerably higher than the European average (£299 vs £173), but more than half of UK shoppers’ Christmas budget (53%) will be spent on gifts compared to 43% on average across Europe.

Video games have replaced money as the number one expected gift for UK teenagers. For children, the most popular presents will be books, arts and crafts, and clothes or shoes. More traditional toys such as model construction toys and dolls have fallen down the pecking order compared to last year, with action toys and video games more in favour.

Clicks and mortar Christmas shopping
Deloitte’s study also revealed that UK shoppers are by far the most active online spenders in Europe. On average, each UK consumer expects to spend £240 online this year, an increase of four percentage points compared to 2017. This represents 42% of total spending. By contrast, the European average is £125 (31% of average European spending).

Geddes added: “When it comes to online shopping, the UK is head and shoulders above the rest of the continent.

“Such contrast is not surprising considering that the UK online retail market is the most mature in Europe, accounting for one-third of the total European online sales. UK online sales growth continues to be in double digits and now account for nearly 18 per cent of total UK retail sales.

“Since the early days of internet shopping there has been a host of innovations, from digital wallets, same day delivery, to click and collect, which brought enhanced security, choice and convenience for customers and which will lead to continued growth in the sector.”

Geddes added: “November’s importance in the retail calendar should not be forgotten. It seems as though as soon as Halloween is over, the UK’s consumers turn their attention to Christmas. Retailers should be acutely aware of this and ensure their supply chains are working as efficiently as possible so that demand is met throughout a Christmas shopping period that now lasts eight weeks.”