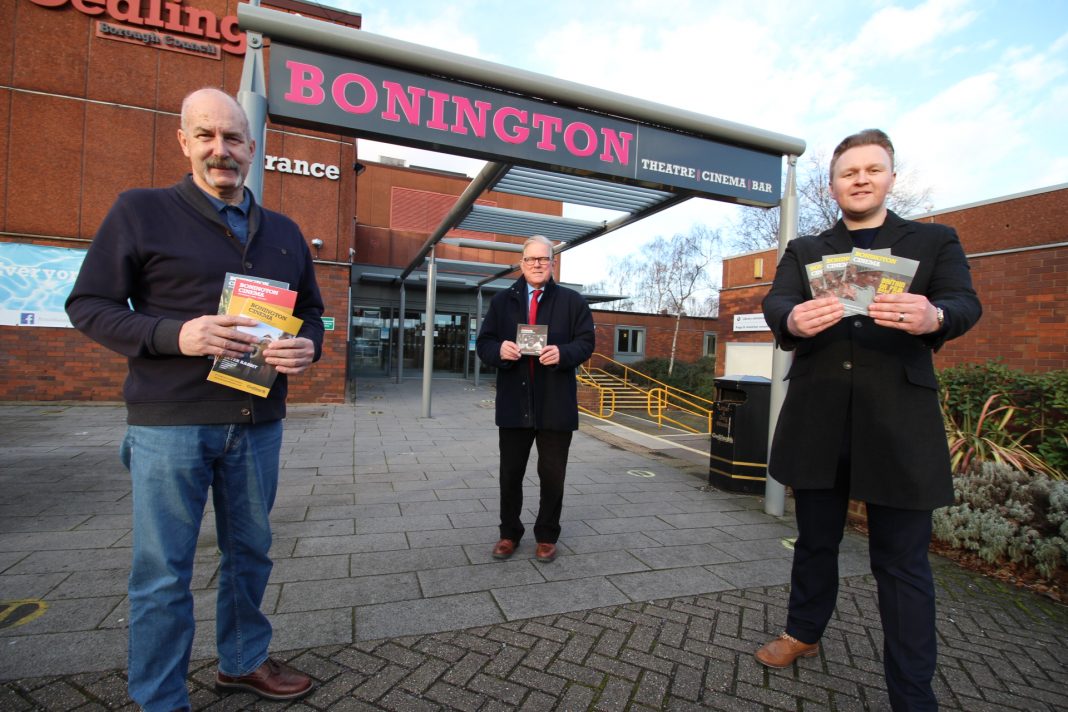 The Bonington Theatre and Cinema in Arnold has been awarded £66,695 by the British Film Institute (BFI) as part of the first round of funding from the Government’s Culture Recovery Fund to support cultural and heritage organisations in England.

The award of £66,695 allocated by the BFI on behalf of the Department for Digital, Culture, Media and Sport (DCMS), is to help non-profit and independent cinemas in cities, towns and rural communities weather the disruption as a result of closure and reduced opening as a result of the pandemic.

In total 33 cinemas across England will benefit from £5 million awarded by the BFI as the final applications for independent cinemas are processed ahead of the second round of the Culture Recovery Fund. The total of grants awarded in the first round of funding for the sector is £21,080,662.

Leader of Gedling Borough Council, Councillor John Clarke said: “We are very pleased to have received this vital grant from the BFI Culture Recovery Fund.

“The Bonington Theatre and Cinema plays an important role in its community and we welcome this boost to ensure we can reopen when this pandemic ends and provide local people with entertainment and much needed relief from the past year.

“The entertainment industry, especially cinemas, have been hit very hard and will take a long time to recover but we can’t wait to reopen our doors again.”

Culture Secretary, Oliver Dowden said: “From restoring Georgian lidos and Roman baths to saving local screens and synagogues, our Culture Recovery Fund is helping to save the places people can’t wait to get back to, when it is safe to do so.

“All over the country, this funding is protecting the venues that have shaped our history and make us proud of our communities, whilst safeguarding the livelihoods of the people that work in them.”

Ben Roberts, Chief Executive, BFI said: “Across the country, local independent cinemas are lifelines for communities and often the only form of culture and entertainment. As well as bringing people together to enjoy the magic of the big screen, local cinemas are hubs for educational and film activities and provide thousands of jobs.

“The pandemic has made clear just how important local communities are and the support of the Culture Recovery Fund means that many cinemas will be able to reopen and play a vital role in local economies and regeneration.”