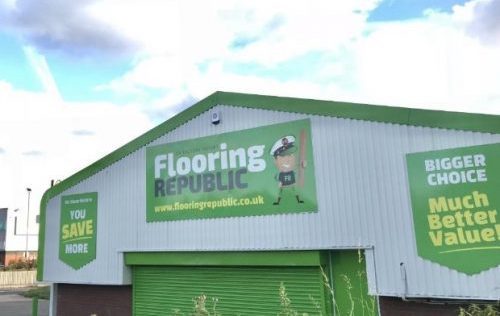 A Leicester flooring firm has been sold out of administration, saving 24 jobs.

The firm which had a store in the city has been sold along with the assets of its parent company Anbo International to Taylor Grange (Retail) Limited, by joint Administrators Michael Solomons and Andrew Pear of BM Advisory LLP, .

Anbo traded as a wholesaler of wood flooring stock from manufacturers based in China, whilst its subsidiary, FR, acted as the retail arm of the business with 20 retail stores nationwide including, amongst others, Southampton, Birmingham, Leicester, Leeds, Cardiff and Cambridge. FS also maintained an online presence at www.poshflooring.co.uk in conjunction with a third party.

The business operated from its head office in Birmingham as the UK arm of Anbo International (Hongkong) Limited, a family run global flooring business, specialising in wood flooring.

Due to change within the interior design and construction industries during 2017, management experienced challenges in predicting demand for products. This led to financial pressures, which were exacerbated by the general economic downturn and, accordingly, the director sought insolvency advice from BM Advisory.

Following an independent marketing campaign, Michael Solomons and Andrew Pear were appointed Joint Administrators of FR and Anbo on 29 May 2018 and 1 June 2018 respectively. Immediately following their appointment to Anbo on 1 June 2018 they completed the sale of the business and assets of both Anbo and FR to Taylor Grange (Retail) Limited.

Michael Solomons comments: “The UK retail sector has taken a significant knock in recent months as a result of issues surrounding Brexit, which has led to a rise in import costs stemming from the collapse in sterling that followed the vote, as well as diminished consumer confidence. The business has suffered the knock-on effects, resulting in trading losses which led to severe cash flow difficulties and, ultimately, rendered the business insolvent.

“BM Advisory is very pleased to have concluded a successful sale of the business and assets of both Anbo and FR. This sale preserves 24 full time jobs and aids the future trading of the stores – a positive outcome for employees and welcome news for the retail sector. We wish the business every success going forward.”