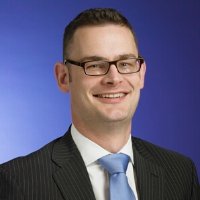 KPMG’s Fraud Barometer, which measures fraud cases with losses of £100,000 or more reaching the UK courts, has found that the national value of fraud rose by 22 per cent in the first half of this year to £385m (£317m in the same period last year).

With 160 cases, fraud volumes remained virtually identical to the first half of 2014, meaning that the average value of fraud has increased from £2m to £2.4m, a 21 per cent increase.

The value of fraud cases seen in the Midlands Courts has increased by 55 per cent in the first half of 2015 compared to the same period last year, according to the latest KPMG Fraud Barometer.  With case value in the first half of 2014 amounting to just under £21m, there has been a significant jump to this year’s figure of £32m. Cases of fraud in the region have increased from 16 cases to 19, with average case value in the Midlands up from £1.3m to £1.7m.

Simon Albrighton, forensic partner at KPMG in the Midlands, said: “The significant rise in the value of fraud cases in the region is partly due to several individual cases, including one of a high value investment fraud and another of mis-selling. What’s interesting is that these cases aren’t confined to one kind of perpetrator, they include management, employees and professional criminals, proving that substantial fraud isn’t just the domain of the career fraudster.

However, what’s potentially more worrying to the man on the street is the increase in cases of fraud against individuals. While we saw just one example of this in the first half of 2014, amounting to £100,000, we have seen six cases this year, totalling £2.4m. Only a third of these crimes were committed by professional criminals, which proves the need to be vigilant whenever it comes to your finances, no matter how trustworthy someone might seem to be.”

IPOs grind to a halt

2nd April 2020
A second-generation cleaning company is benefiting from a five-figure Coronavirus Business Interruption Loan (CBIL) from Lloyds Bank. Class Cleaning of Louth, was founded in 2005...

IPOs grind to a halt