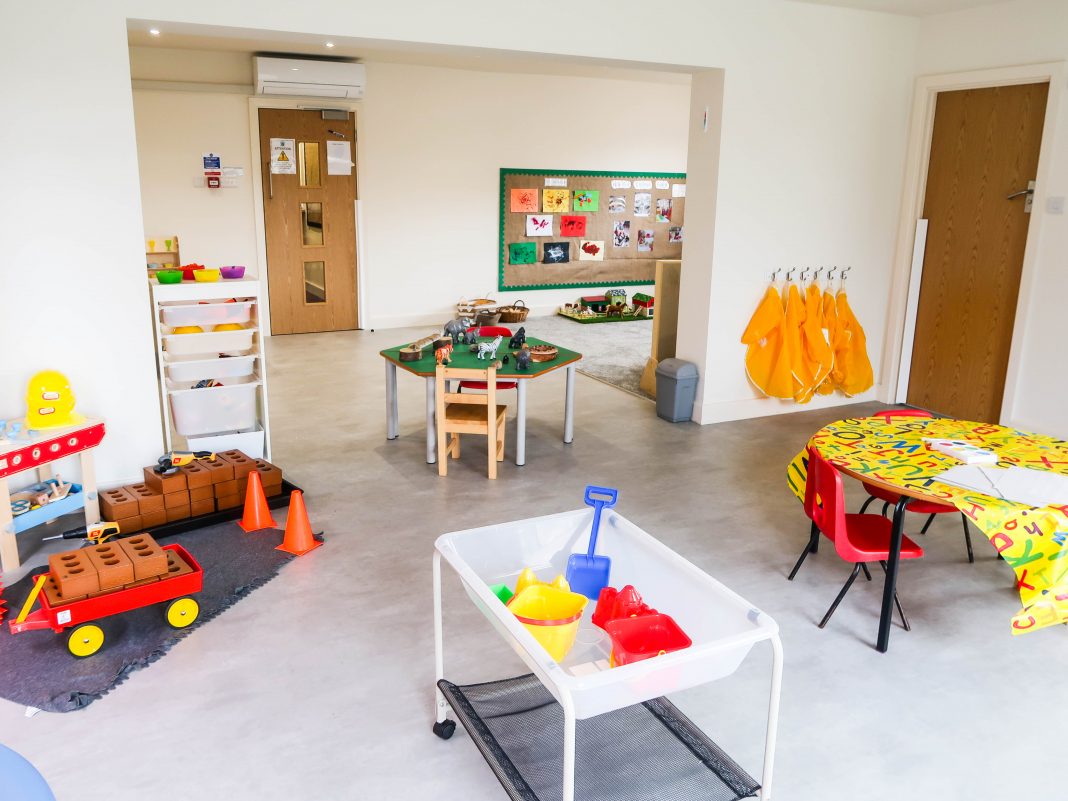 A Derbyshire childcare business has added to its portfolio with the acquisition of a day nursery in the village of Shirland.

The White House Nursery group has purchased the former Nursery Rhymes Day Nursery from its previous owner Lin Yin in a deal arranged by Abacus Day Nursery Sales, and has refurbished and rebranded the business.

The property on Main Road in Shirland has housed a day nursery since 1992 and was acquired by Mrs Yin in 2012, from which point it traded as Nursery Rhymes. Mrs Yin recently appointed Abacus Day Nursery Sales to find a new owner, with a guide price of £299,950 to take over the business and the freehold property.

The nursery, which was rated “Good” by the regulator Ofsted at its most recent inspection, is run by a team of 12 staff, led by manager Fiona Keohane-Gaskell, all of whom have stayed on following the change in ownership. It is registered to provide 50 full-time childcare places and, in its last full financial year, turned over more than £170,000.

The new owner, The White House Nursery group, is a family-run Derbyshire childcare business established more than 34 years ago. The former Nursery Rhymes site is its sixth childcare setting, joining existing nurseries in Alvaston, Alfreton, Borrowash and Oakwood, as well as a Kids Club in Spondon which provides wraparound care for older children. All of its sites are rated “Good” by Ofsted.

Mike Morgan, director of The White House Nursery group, said the business was particularly attracted to the Shirland site by its strong local reputation and its links to schools and community organisations, as well as its spacious garden and onsite carpark.

Mr Morgan said: “I would like to thank all our parents and staff for their patience during the building work. I hope they will agree that the disruption was well worth it, and that our renovated nursery provides a fantastic, safe and enriching nursery experience for all of our children and their families.”

Although the business has no immediate plans to add to its team at Shirland, The White House Nursery does intend to begin taking on both qualified nursery practitioners and apprentices as necessary when the number of children on its rolls increases. The group is also on the lookout for other properties with potential for development.

Chelsea Melnyk, sales negotiator at Abacus Day Nursery Sales, said: “I am really pleased to have been able to find a new owner for the Nursery Rhymes business, to enable our client to move on. It is also great to see the investment being put into the site by The White House Day Nursery.

“This is part of a pattern we are seeing at the moment. While a number of founders are finding that this feels like the right time to sell and retire or move on, there are also a lot of childcare entrepreneurs who are now deciding to build their businesses by acquisition and take them to the next level.

“We have noticed these trends across the board, but demand from buyers is particularly strong for premises with a good amount of outside space, which is perhaps a reflection of the appreciation of the great outdoors many of us have gained during the pandemic. The East Midlands, too, is a region in which the market for childcare premises seems to be particularly buoyant.”