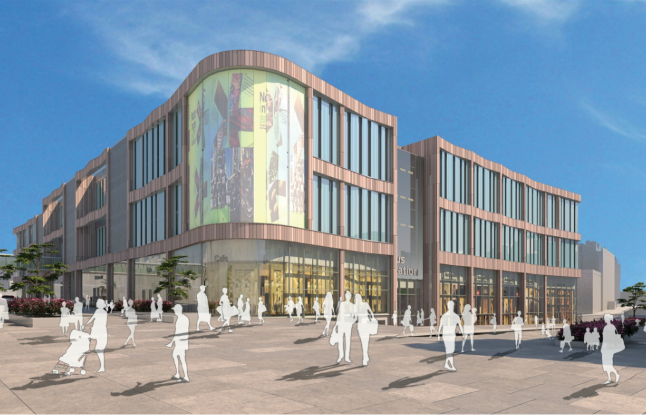 A £15million funding package – via the D2N2 Local Enterprise Partnership – to improve Nottingham City’s ‘Southern Gateway’ has been approved.

The £250million Southern Gateway programme is one of the most ambitious ever undertaken by Nottingham City. It involves the redevelopment and improvement of the area from the intu Broadmarsh shopping centre to Nottingham’s train station; and includes a revamp of the intu Broadmarsh centre and the building of a new bus station, car park, library, retail spaces, and changes to the area’s road and tram links.

The project aims to create an environment which aids business and the economy, and which provides a good location for people to work and live in.

Funding of £15m has now been approved from the D2N2 LEP’s Local Growth Fund (LGF).

D2N2 is the private sector-led Partnership of business, local authorities, skills and training providers, and community and voluntary services; which promotes jobs, business growth and the economy across its area of Derby, Derbyshire, Nottingham and Nottinghamshire.

The LEP has been allocated more than £250m in Local Growth Fund; awarded by the UK Government to jointly invest in infrastructure projects which directly boost the economy.

The £15m grant for the Southern Gateway has been awarded via D2N2’s LGF allocation, following a decision by the D2N2 Infrastructure and Investment Board. It is in addition to a 2015 grant for the project, of £10.3m, also from D2N2’s LGF allocation; and complements separate LGF funding of up to £30million from the LEP for Nottingham College’s Nottingham City Hub (announced in March 2018), currently being built off Canal Street in the area.

In July (2018) Nottingham City Council – which is leading on the Southern Gateway works – granted its project planning permission. The Council’s Executive Board gave final approvals at its meeting last month (December 18).

On the current schedule all aspects of the Southern Gateway project are due to be completed by mid-2021. Nottingham City Council’s business case estimates that the regeneration will directly create 532 full time jobs, plus 2,300 indirect jobs (linked to the construction works and supply chains); and will result in a new library, 1,208 space car park, bus station and 7,000 square metres of altered public space.

Elizabeth Fagan, Chair of the D2N2 Local Enterprise Partnership, said: “The Southern Gateway project is ambitious. The improvements are designed to attract investors and benefit business, but essentially also to create a space which people will want to live and work in.

“D2N2 is backing this vision, with one of the largest single investments from its Local Growth Fund to date. We believe it will help Nottingham maintain and enhance its status as a UK core city, and aid the economy of the wider LEP area.”

Tess Egginton - 19th February 2020
A subsidiary company of Pall-Ex, Cranleigh Distribution Services Limited, has acquired the goodwill of the UK Pallet operation from Cranleigh Freight Services Limited. This is...