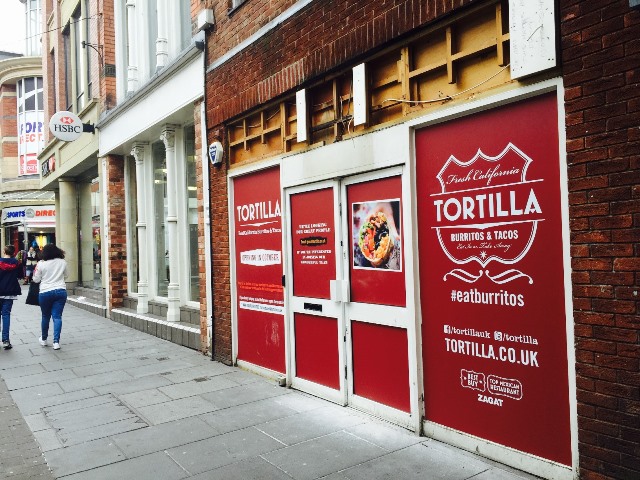 Mexican restaurant chain Tortilla is set to open its first Nottingham restaurant, following a deal completed by commercial property consultancy Innes England.
The restaurant has signed up to a 15 year lease at £110,000 per annum at 18-20 Clumber Street, owned by Schroder Real Estate Investment Trust Limited (Schroder REIT), and is due to open later this year.

Commercial property agent Innes England, which has offices in Nottingham, Derby and Leicester, marketed the store jointly with agent JLL on behalf of client Schroder REIT following the departure of its previous tenant, mobile phone retailer Phones 4U, which had occupied the 2,357 sq ft unit. Ben Taylor, head of retail agency at Innes England, who handled the deal, said: “We worked closely with our client to make the most of this prime opportunity. A number of retailers were interested but Tortilla proved to be the best fit.”

“Clumber Street remains a prime and popular choice for retailers in Nottingham, linking intu Victoria Centre to the north with Old Market Square and Bridlesmith Gate to the south. Tortilla will be a great addition to the area’s offering, complementing a strong mix of well-known high street retailers including JD Sports, EE, Footasylum, and Sports Direct.”