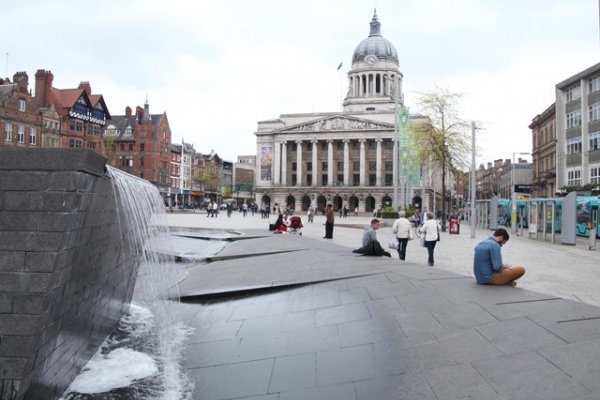 Nottingham’s retail scene is thriving, according to local experts – with falling vacancy rates and developments underway pointing towards a bright future.
The City Council’s latest Vacancy Report shows that the overall vacancy rate for retail units in the city centre now stands at 13.06 per cent, in line with the national average and well ahead of cities in neighbouring West Midlands where the rate peaks at 29.4%.

The report, produced in partnership with FHP, Innes England and Intu, reveals that the number of empty shops has decreased by 25 per cent since it was at its worst in February 2013, and that there has been a massive 36 per cent drop in the past 12 months in the number of units empty for over five years. Key to this has been addressing a group of units vacant since 2008, as part of the Trinity Square development. Since Innes England was brought on board by the owners in 2013 to help lease the units, and Trinity Square itself was redesigned, all but one unit is now let.

Councillor Nick McDonald, portfolio holder for jobs, growth and transport, said: “These latest figures show that we are holding our own against national and regional competitors. We have diversified our offer to include strong independent retailers and a vibrant leisure and entertainment sector alongside top high street names, to make us resilient to the challenge of a quarter of retail sales moving online since 2000.”