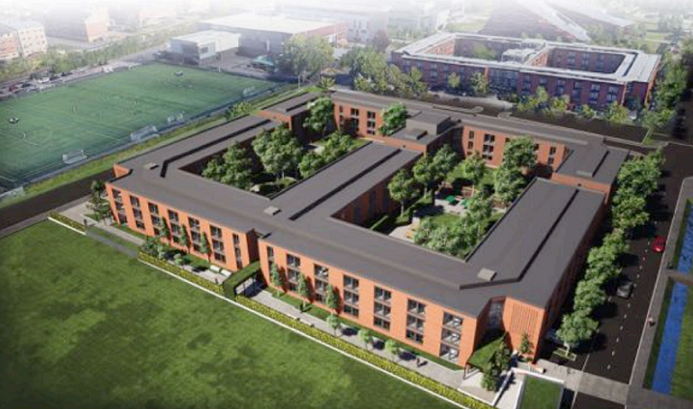 Plans from the University of Nottingham for a new three storey student accommodation building, designed by Maber, on land adjacent to Southwell Hall at its Jubilee Campus have been approved by the city council.

The site was occupied by warehouses and landing bays as part of John Player & Sons Triumph Road Stores until 2017.

280 bedrooms are to be provided in cluster flats with shared kitchen and living spaces. A cinema room is also proposed.

The plans for the new building have been named Project Xenia, after the the ancient Greek concept of hospitality.

There are approximately 1,100 staff based on Jubilee Campus and 8,500 either full or part time students, with a number of students regularly visiting the campus but not
necessarily being based there.

2nd April 2020
A manufacturing company has bought its own premises in Derbyshire so it can respond to the Coronavirus outbreak. In a deal brokered by Salloway Property Consultants,...

Next to sell Leicester HQ