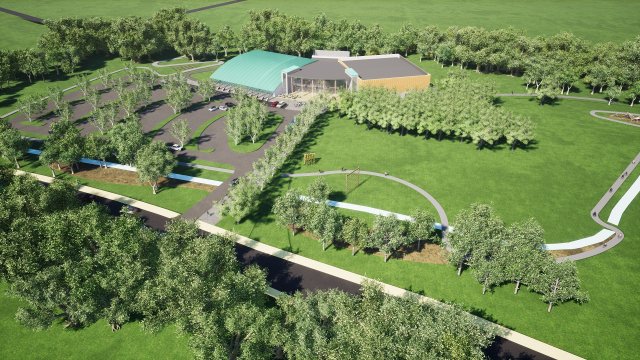 A new, state of the art leisure centre in Coalville has been given the green light.

In a partnership between NWLDC and Everyone Active, the leisure operator will build and operate the new leisure centre, whilst the council will own the building. The new facility will replace Hermitage Leisure Centre, which will stay open until the new one is ready.

Work will start on the new leisure centre in January 2020, with the build taking around 18 months.

Described as a ‘parkland destination centre’, the new Coalville Leisure Centre will reflect its woodland setting in the National Forest, with wooden beams swooping down over the pool area and a large glass front playing host to the reception area and café. A trim trail, natural play spaces and a cycle track will be featured in the grounds around the centre.

The plans show how the building will achieve the environmental accreditation BREEAM status, with LED lighting throughout, air source heat pumps, electric car charging points and photovoltaic panels on the roof that will harvest energy from daylight, helping to reduce the carbon footprint of the building.

Inside the building, the gym will have views across the parkland surrounding the centre, with the range of other facilities including three squash courts, clip and climb, spin studio, an eight court sports hall, an eight lane swimming pool and a learner pool. Speaking about the decision, Chairman of Planning Committee, Councillor Nigel Smith said: “This was a highly anticipated and complex application which the committee very carefully considered before coming to the decision to approve.

“There are lots of important considerations with this application, including access, the development within the area of separation between Coalville and Whitwick and the environmental credentials of the building.

“The committee agreed that the overarching positive contribution that this new leisure centre will make to health and wellbeing in the district, the exceptional high quality of design and the detailed mitigation for its impact on its surroundings were the main reasons behind the decision to grant planning permission.”

Speaking for the application at the meeting, NWLDC’s Head of Community Services Paul Sanders said: “This project represents an impressive £22 million investment into the district’s leisure facilities and presents an unrivalled opportunity to improve the health and wellbeing of our current and future residents.

“The new centre and parkland will open for all and will be fully accessible, with a particular focus on activities that reduce inactivity amongst children and young people, older people and also people with disabilities.

“It is a scheme that we, as a design team, are immensely proud of. The proposals are fully costed, deliverable and achievable.” 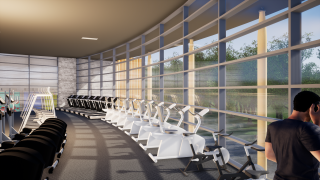 Dan Hicks, Area Contract Manager at Everyone Active, said “It’s brilliant news that plans for the new state-of-the-art Coalville Leisure Centre have been granted and we can start work to bring this fantastic facility to life. It’s been an exciting few months, with the completion of the first phase of renovations at Hood Park in September, and now we have this great development on the plans for Coalville.

“The new leisure centre will be a great addition to the local community and will offer an amazing variety of ways for people to get active. We’re proud to be delivering improved leisure facilities to North West Leicestershire in partnership with the council and we look forward to starting this exciting new project now we have the green light to go ahead.”

Tess Egginton - 16th January 2020
Plans to create a new school and housing development in Blaby have been submitted. L&Q Estates has lodged the proposals with Blaby District Council to build a primary...

Pochin comes to Derby in another coup for Eagle Park