Lowe on a high at joining A1 Flues 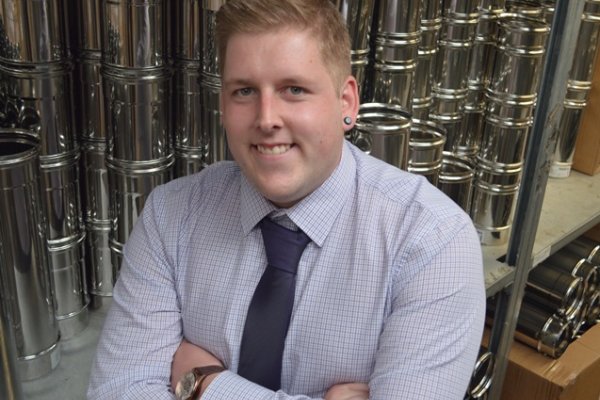 New Ollerton-based A1 Flue Systems has made a second appointment as part of its growth plan for its new domestic flue supply company.
Sam Lowe has joined as an area sales manager and will be based in his native Leeds to cover the north of England.The trained mechanical engineer said he has been talking to A1 Flue Systems director John Hamnett since before the new company started trading earlier this year and that the timing is now right for him to be part of it.

“A1 Flue Systems has an excellent reputation in our industry for the design, manufacture and installation of commercial and industrial chimney, flue and exhaust systems, and they have put the cat amongst the pigeons now they have moved into the domestic sector,” said Lowe.

“The quality of A1’s CE-Marked products is second to none, which means I can offer all my contacts that I’ve built up over the last six years some very compelling reasons why they should take a look at A1’s small-diameter flues and liner.”

He added: “It’s a very exciting time to be part of A1, as they are clearly going places and have aggressive plans to be as successful in the domestic market as they have proven to be in the commercial sector.”

Lowe has a clear strategy to target stove installers and retailers, as A1 specialises in small-diameter flue sizes from 125mm up to 200mm and also flue liner, which it manufactures itself in its factory based in North Nottinghamshire.