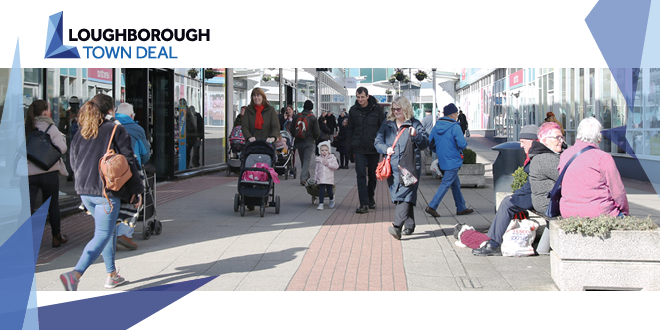 In its first success, Loughborough Town Deal has been awarded £750,000 of government funding.

The project is aiming to secure up to £25 million of government funding to transform the town and an investment plan is being put together.

However, the government has announced that it is awarding grants to all 101 towns in the Town Deal scheme, including Loughborough.

Charnwood Borough Council Leader, Cllr Jonathan Morgan, and Dr Nik Kotecha OBE, chief executive officer of Morningside Pharmaceuticals based in the town, are co-chairs of the board.

Cllr Morgan said: “This is great news and a welcome boost for Loughborough in the current climate. We will be looking at how we can make the most of this funding for the benefit of people and businesses in Loughborough.

“However, we will not take our eyes from the larger prize and our bid to secure up to £25 million for Loughborough.”

Dr Kotecha said: “I would like to welcome this initial investment. It is on top of the funding we are bidding for and will allow Loughborough to get going rather quickly on improvements for the town.

“I would like to thank the people and businesses of Loughborough for their support in the project so far and all the partners involved. By working together, we can bring about positive change.”

In a letter from the Ministry of Housing, Communities and Local Government, to the Council, it says: “The Towns Fund is central to the government’s ambition to level up the country – creating jobs and building stronger and more resilient local economies and communities.

“In recognition of the importance of this fund and the pressing need in the towns that have been selected to benefit, government is bringing forward funding to this financial year to support projects that will make an immediate impact in towns.”

The funding can be used for a range of projects. Examples include:

Other projects will be considered which are in line with the Town Deal Funds guidance.