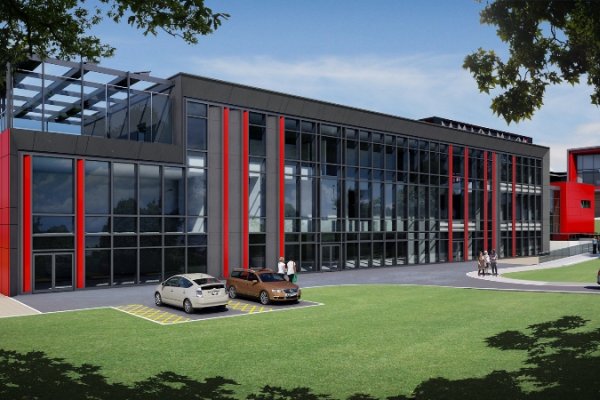 A planned £6.5m university centre at a college in North Nottinghamshire will receive £2.6m funding from the D2N2 Local Enterprise Partnership.
The £2.6m grant for the new centre to be built at West Nottinghamshire College’s Derby Road campus, in Mansfield, was agreed at a meeting of D2N2’s Infrastructure and Investment Board (IIB) on 7th September.

The three-storey ‘Vision University Centre’ received planning permission from Mansfield District Council in June (2015). It will replace a single-storey building and provide a much expanded facility; with teaching and learning spaces, IT suites, study rooms, a learning resource centre, a 100-seat lecture theatre and a science laboratory.

The College, which has around 500 students on higher education (HE) courses, says the centre would boost those numbers by an initial 400, rising to 600 after three years. Students would include those on advanced apprenticeships, and studying part-time professional qualifications and short courses.

Construction of the Vision University Centre is expected to begin in October of this year (2015) and be completed by September 2016, in time for a new intake of students beginning their first term at the college. Complementary works onsite will include a multi-use outdoor games area and 50 additional car parking spaces.