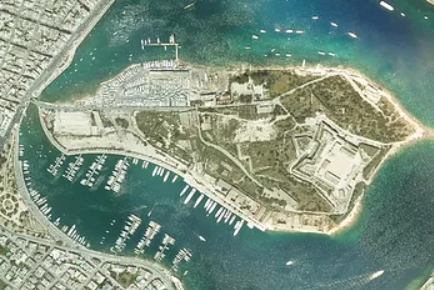 Working alongside tender lead IIC Technologies and Ordnance Survey, Bluesky captured ultra-high resolution aerial photography together with high density LiDAR measurements. Part of project SIntegraM – Spatial Data Integration for the Maltese Islands, the data will be used across various government departments and entities as part of the ERDF.02.030; a Maltese Government project led by the Planning through ERDF Funding.

Rachel Tidmarsh, Managing Director of Bluesky International said: “It is a real honour to be such an integral part of a project to build both data and services that will reform the use of geographic information within the Maltese government.

“We are also delighted to be working alongside IIC Technologies and the Ordnance Survey to complete this project within the project timeframes.”

Ashley Hili, SIntegraM Project Leader from the Planning Authority, Malta, said: “The timely capture of such detailed aerial photography and height measurements by Bluesky is a first for Malta.

“This will give us the best possible base mapping to move forward with our ambitious plans to create a geospatial infrastructure that will deliver real value to the nation.”

The 7 million Euro SIntegraM Project was announced in 2017 and is co-funded by the EU and the Government of Malta. The project aims to develop and implement a national spatial data infrastructure and enhance the capacity of geo-spatial/GIS technology expertise for Malta. Within the project scope is the creation of critical base datasets including new base mapping, at various scales, for the archipelago.

Why invoicing in the construction industry is still needed

Tess Egginton - 16th January 2020
One of the most critical components of any business is invoicing. It’s something that you shouldn’t take for granted despite being a time-consuming process. Invoices...

How I added Deborah Meaden and Sir Steve Redgrave to my...