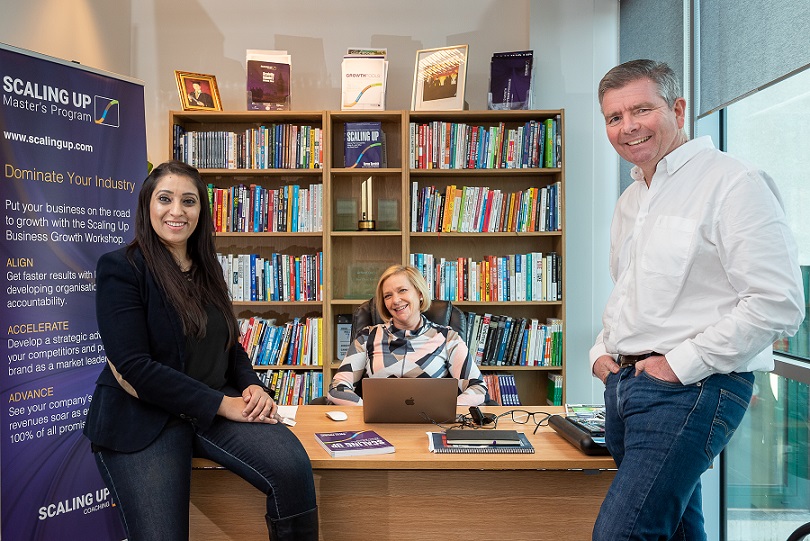 The managed workspace scheme on Ford Street in the city was recently given the green light to make 30% of space available to businesses from across the creative industries supply chain in order to promote entrepreneurialism in the city.

Neale Lewis Associates took the decision to move back to the city centre after enjoying several successful years at the iHub innovation centre on Infinity Park, which is also managed by Connect Derby.

However, with an increasing number of the company’s clients based in the city centre, they felt the time was right to make the move back.

Business growth expert Neale and his team specialise in helping organisations to ‘scale up’ through the delivery of a series of coaching and training, business growth and performance improvements programmes.

Speaking about the move to Friar Gate Studios, Neale Lewis said: “We were the first tenants at the iHub and grew our business significantly while we were there, thanks largely to the excellent facilities, particularly the meeting and seminar rooms.

“The news that Friar Gate Studios was accepting non-creatives came at the perfect time for us and we’re delighted to be here. Our new office is three times bigger than our previous office and offers excellent value for money.

“It’s great to be a part of a community of like-minded entrepreneurs at Friar Gate Studios. It boasts fantastic facilities, including Bean Caffe and meeting rooms – and the broadband speed and connectivity are first class too.

“As Connect Derby tenants, we’re also able to utilise meeting rooms at all the other buildings, which means we can still host training days and strategic meetings at the iHub if we need to.

“We’re helping fast growing companies creates jobs and wealth creation for the city. Our new environment at Friar Gate Studios is conducive to that.”

Ann Bhatti, head of Connect Derby, added: “Neale and his team have been part of the Connect Derby family for many years and we’re pleased to welcome them as the first ever non-creatives to our flagship building.

“Since the rules were relaxed at the turn of the year, we’ve been inundated with requests from non-creatives interested in moving to Friar Gate and Sadler Bridge Studios.

“In the coming weeks we will be welcoming more businesses from a broad cross section of sectors and giving them the support they need for their businesses to flourish.”

Friar Gate Studios was launched in 2007 and is one of seven buildings within the Connect Derby portfolio alongside Sadler Bridge Studios, Kings Chambers, Shot Tower, Riverside Chambers, Marble Hall and the iHub innovation centre on Infinity Park.