Former council building to be converted into apartments 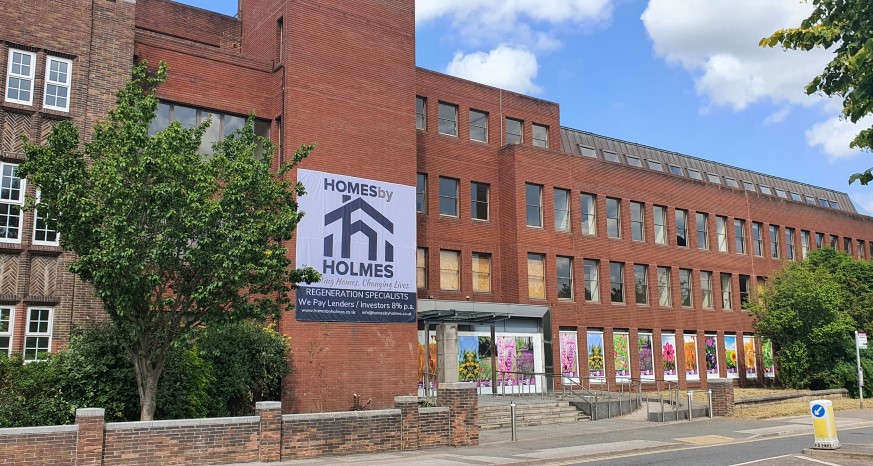 A building on the edge of Chesterfield Town Centre is set to be given a new lease of life, with work starting on the conversion of the former North East Derbyshire District Council offices on Saltergate.

The developer, Homes by Holmes, has unveiled plans to turn the prominent building into 59 contemporary apartments, with a split of three bed, two bed and one bed properties.

Despite being in such a prominent location in the town, the property has stood vacant for over four years. However the company says it plans to bring the building back to its former glory.

The firm has outlined a 24-month build timescale for full completion, with an aim of having the first phase of apartments ready for occupation before Christmas 2022.

Homes by Holmes believes the project will bring countless benefits to the town, including job prospects and work for local businesses, contributing towards the revival of the town centre and high-street retailers with increased footfall, and an opportunity for local residents to get on the property ladder in the face of current housing shortages.

Securing the development also means a lot to the company’s owner, James Holmes, who grew up working on Chesterfield’s historic markets.

He said: “I’m extremely pleased to have secured this development because of my family’s connections to Chesterfield. I see it as a big responsibility to regenerate the building and the immediate vicinity.

“I’m proud of the fact that I’ve built the business into a position that we can make a difference in the town I have such a connection to, particularly in a building that is so high-profile. I really think we’re bringing something better here.

“Subject to us getting planning permission by the end of the month, I would expect the first phase to take around 15 months and we’re hoping for the second phase to only be six months behind that, with a potential third phase taking around a year.”