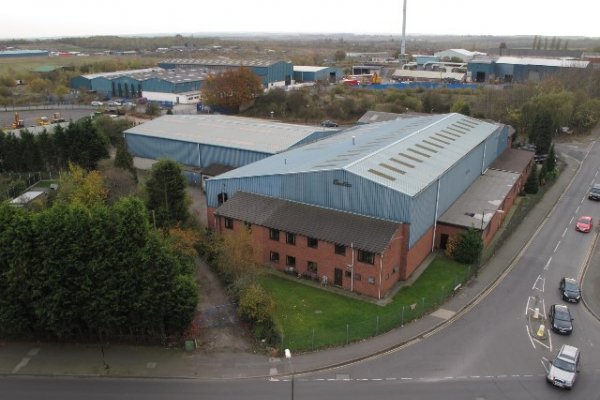 Up to 40 new jobs are set to be created thanks to the expansion of a local fencing business which is moving its headquarters from Burton upon Trent into larger premises in Swadlincote, in a deal brokered by Innes England.
First Fence has agreed terms to acquire a 40,000 sq ft industrial unit at Kiln Way in Swadlincote as part of its strategy for growth. The site will be the company’s new HQ offices, manufacturing and stock-holding centre. Stuart Waite, associate director at Innes England in Derby, completed the deal on behalf of the sites previous owners, which he says is significant for the South Derbyshire region.He said: “First Fence was established in Burton upon Trent and is now a national business with ambitious plans for growth – the purchase of this sizeable industrial unit is testament to that” “By taking on these new premises they will be able to expand their offering significantly, which in turn will create a number of new jobs in the area. I wish Vinny and his team the best of luck in the next phase of their expansion” Managing director at First Fence, Vinny Kotecha, added: “This relocation will mark the start of an exciting new chapter for First Fence. The fast pace in which we have expanded has ultimately led to this move and, by increasing our office space and manufacturing facilities, we can hopefully look forward to continued success and building more great working relationships within both the UK and international markets.” First Fence has also recently opened a new South East distribution depot in Dartford, Kent, in order to cater to the Greater London area.