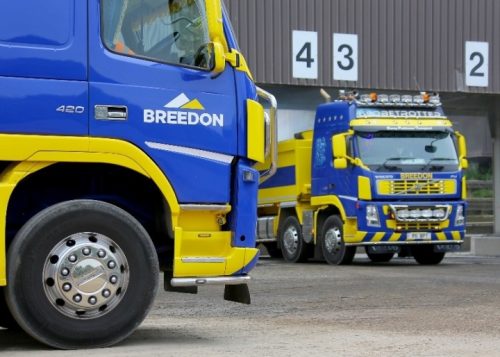 Breedon, the Leicestershire-based construction materials group, has “continued to deliver an encouraging performance” according to a new trading update.

Improving trends reported in the company’s most recent trading update in September continued into the fourth quarter, with group revenues in both September and October ahead of the same period in the prior year, on a like-for-like basis. As a result, the group delivered revenues for the first 10 months of the year of £750 million (2019: £800 million), including three months contribution from the former CEMEX assets in the UK.

The board now expects Underlying EBIT for the full year to be at least £70 million, which is ahead of current market expectations (£67 million).

In a statement Breedon said: “Looking ahead, the ongoing COVID-19 pandemic and Brexit negotiations create continued economic uncertainty and result in limited visibility on trading conditions going into next year.

“Nevertheless, with forecasters expecting a further recovery in construction activity in GB and Ireland in 2021 and the UK and Irish governments making significant commitments to infrastructure spending, the outlook for our markets remains encouraging.

“The Group will also benefit from the integration of the former CEMEX UK assets into its existing operations, along with initiatives to improve performance, anticipated to begin by the end of this year.

“During 2020 we have proved our ability to deliver a resilient performance against a backdrop of unprecedented disruption, which gives us considerable confidence in the long-term outlook for our business.”

Plans have been outlined to transform Mansfield into a university town as part of ambitious proposals to revitalise the area. Provision of student accommodation to...
Read more