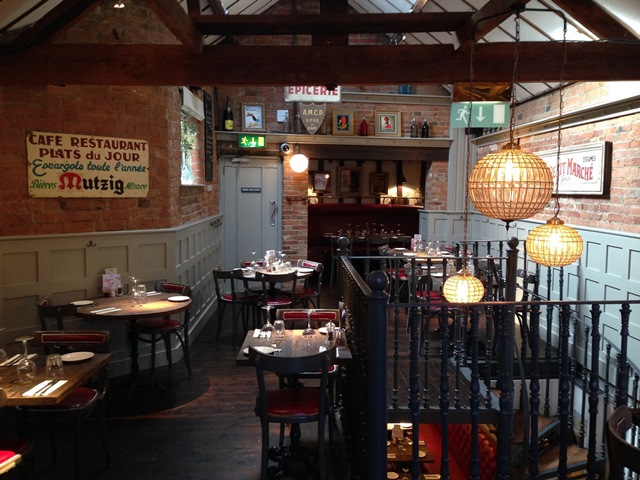 The bistrot, which has been on Friargate for almost two decades, was the second opening for the independent restaurant group.

“This has been a good year for Bistrot Pierre with two more restaurant openings across the UK,” said co-owner Rob Beacham.

“Despite our expansion, as a group we do not want to lose touch with our East Midlands roots – this investment reflects our commitment to Derby and the thriving business and strong local economy it has always maintained.”

Bistrot Pierre is celebrating its 21st anniversary this year and the business has gone from strength to strength since its opening in Nottingham in 1994 by school friends Rob Beacham and John Whitehead.

“This is a turning point for the bistrot – this level of investment will make a big difference to the business and the work done will ensure that we keep up with our competitors and maintain a strong position in Derby’s restaurant scene.

“The group has expanded swiftly, when I first started there were only three locations, and the success Bistrot Pierre has seen as a business has been fantastic. That being said, we still get a lot of face-to-face time with Rob and John, which is hugely beneficial.

“This investment will help to retain the position we’re in now, as one of the busiest restaurants on Friargate – we’re an established business and want to keep that loyalty to the city. An investment of this size is indicative of our desire to stay and continue trading, supporting the thriving local economy,” said Natalie.

The restaurant group will open its fourteenth bistrot in Newport, South Wales, in November.

Tess Egginton - 24th February 2020
Thousands of passengers will benefit from improvements on CrossCountry trains including over 20,000 extra seats a week, thanks to a £2.5 million government investment...

One year on: NTU records 63,000 positive sustainability and wellbeing actions