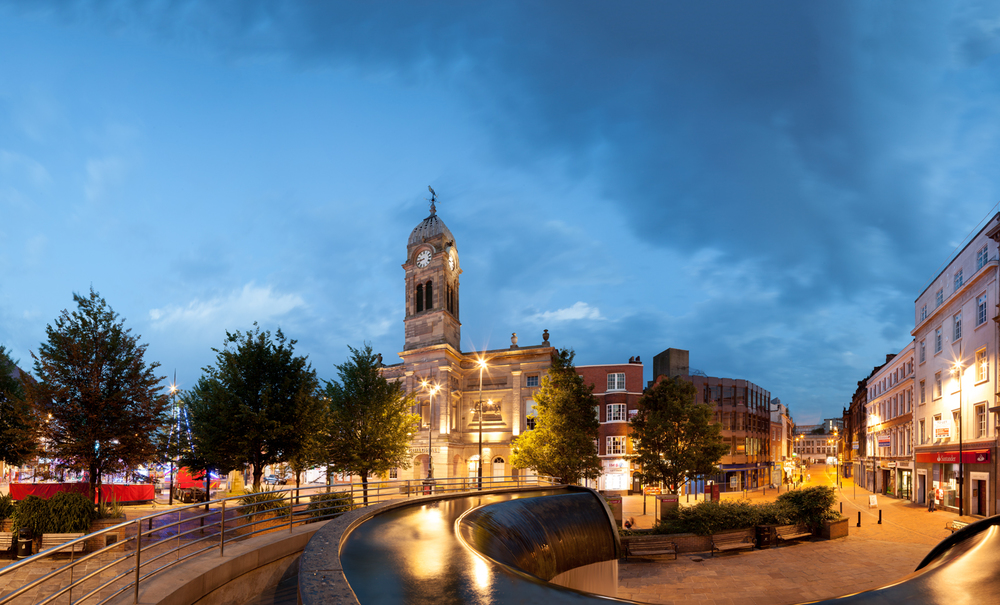 – Report also reveals Nottingham outperforms East Midlands rivals in terms of employment
Derby had the second fastest growing city economy in the UK in the final months of 2017, according to a new report which also revealed Nottingham was a top performer in terms of employment growth.
The UK Powerhouse study is produced by Irwin Mitchell and the Centre for Economics and Business Research (Cebr) and provides an estimate of GVA* growth and job creation within 45 of the UK’s largest cities 12 months ahead of the Government’s official figures.
Published this month, the latest report found that Derby was second only to Cambridge in terms of GVA growth in Q4 2017 with a rate of 1.8%. In comparison, Leicester and Nottingham experienced moderate growth of 1.2% and 1.1% respectively across the same period.
However, it was also revealed that Nottingham beat its rivals when it came to employment, with its growth rate of 0.8% meaning it was the sixth best performing city in the UK.
Commenting on the report’s findings, Victoria Brackett, chief executive of Irwin Mitchell’s Business Legal Services division, said: “Derby has once again proven itself to be a true rising star in the UK, with its 2nd place finish in Q4 2017 coming after the city jumped 27 places in the report for Q3.
“Much of the area’s success in this area is thought to have been down to it being home to factories for companies including Toyota and Rolls-Royce, many of which have enjoyed an export advantage due to the weak pound in 2017.
“However, the story of the East Midlands is about more than just Derby, with Nottingham also performing strongly in terms of employment growth. However, the good news is tempered a little by predictions of a reduction in GVA growth in the next decade.”
The study also looked ahead to what the short and long-term future had in store, with Nottingham expected to continue to perform strongly when it comes to employment and Derby also predicted to see its rate of growth rise.
In contrast, across the next decade all three of the major East Midlands cities were expected to see significant falls in their GVA growth.
* Gross value added – the total value of goods and services produced.